Things look sunny side up for Woolies-Rainbow eggs partnership 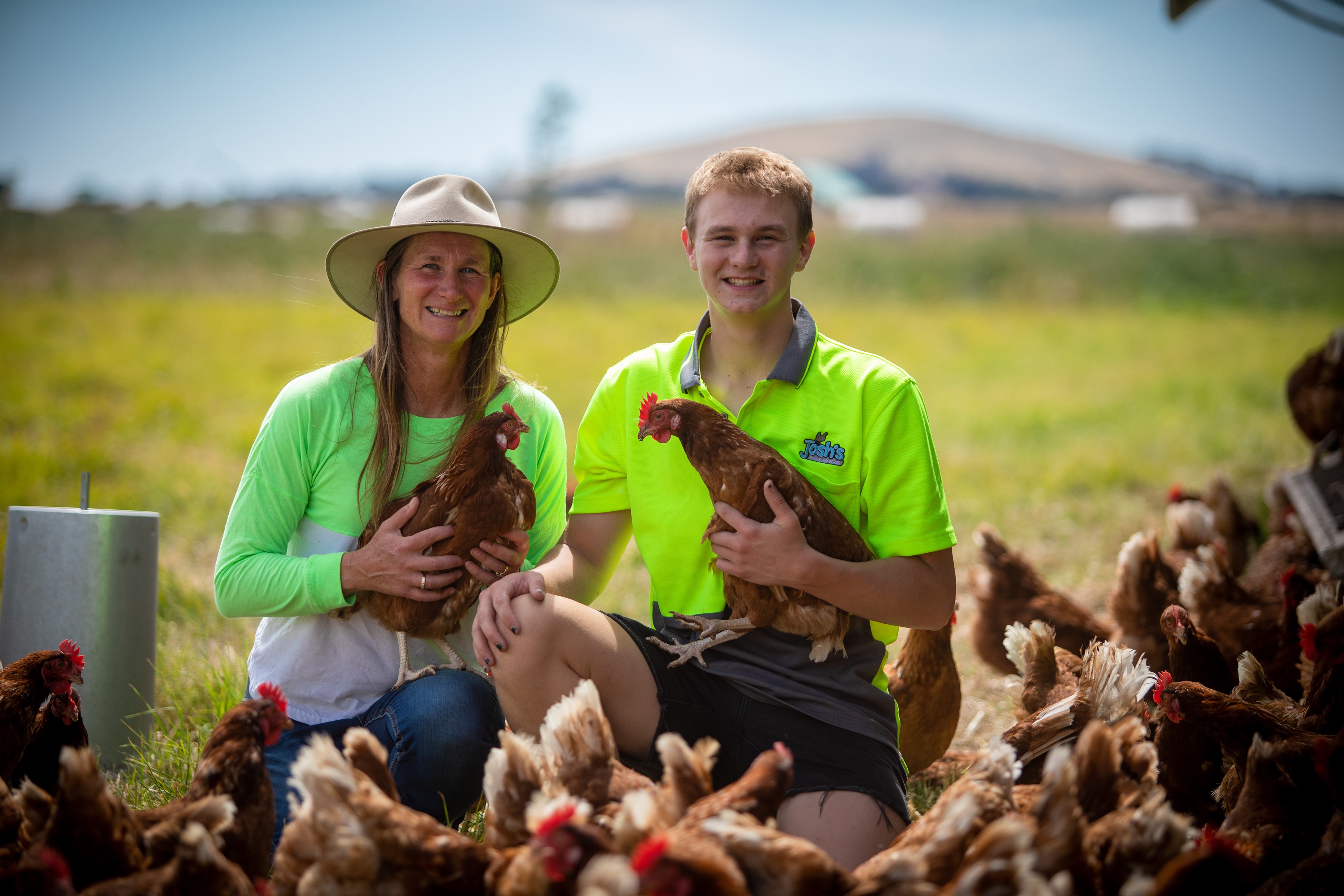 On a property nestled in central Victoria’s Kerrie Valley, the idea of Josh’s Rainbow Eggs started as a backyard project to earn more pocket money for then nine-year-old entrepreneur Josh Murray.

Over ten years, the farm has grown from 40 hens to an expanding business with over 25 staff delivering eggs every day direct to over 70 supermarkets across Victoria – including 50 local Woolworths stores.

Woolies spotted Josh’s magic early on and has partnered with the brand for over seven years. According to Josh’s mother Tamsyn, this partnership has been key to their expansion and growth as a business.

The ethos behind Josh’s vision for the business has always been sustainability, which the now 21-year-old Josh believes is not only the best practice, but also a standard his customers have come to expect.

“Every time you expand, you have the opportunity to cut corners in order to increase profit or revenue to better your business from a books standpoint but sacrifice the well-being of the animals.” Josh explains.

“That was something that early on we decided was just untenable for our business. I believe it's very important to our customers and the trust they have in us.” 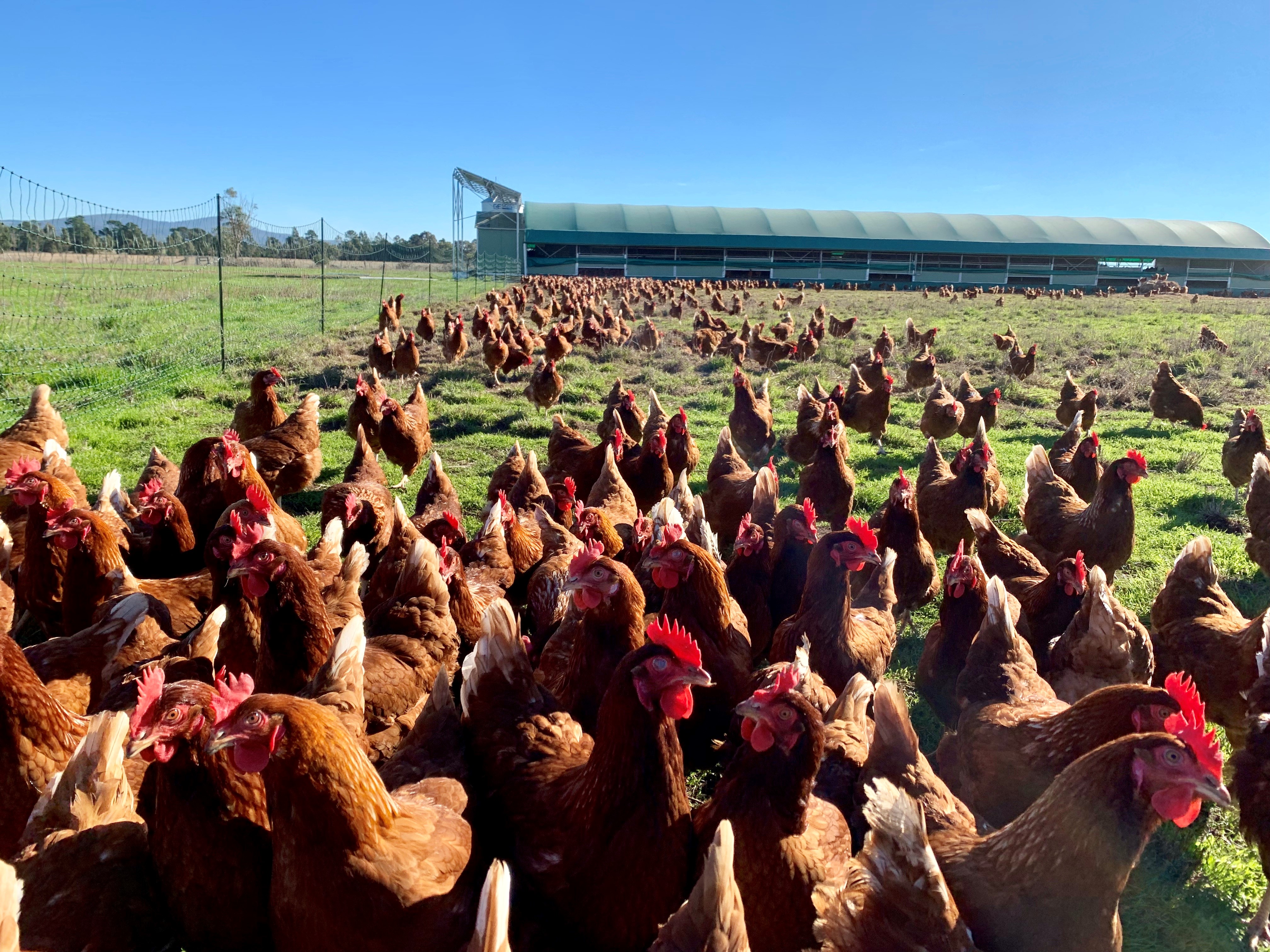 Josh’s entrepreneurial spirit was fostered early on by Tamsyn, who runs the business alongside him.

“We moved to the farm because of the children. Josh is the oldest of four and we wanted to bring them up on a farm.” Tamsyn said.

“When Josh was nine and he was asking about Lego and pocket money, we didn't want to just give him money and so we said, ‘Well, why don't you earn your pocket money?’ So he looked around and we had hens, so it seemed like an obvious choice.” 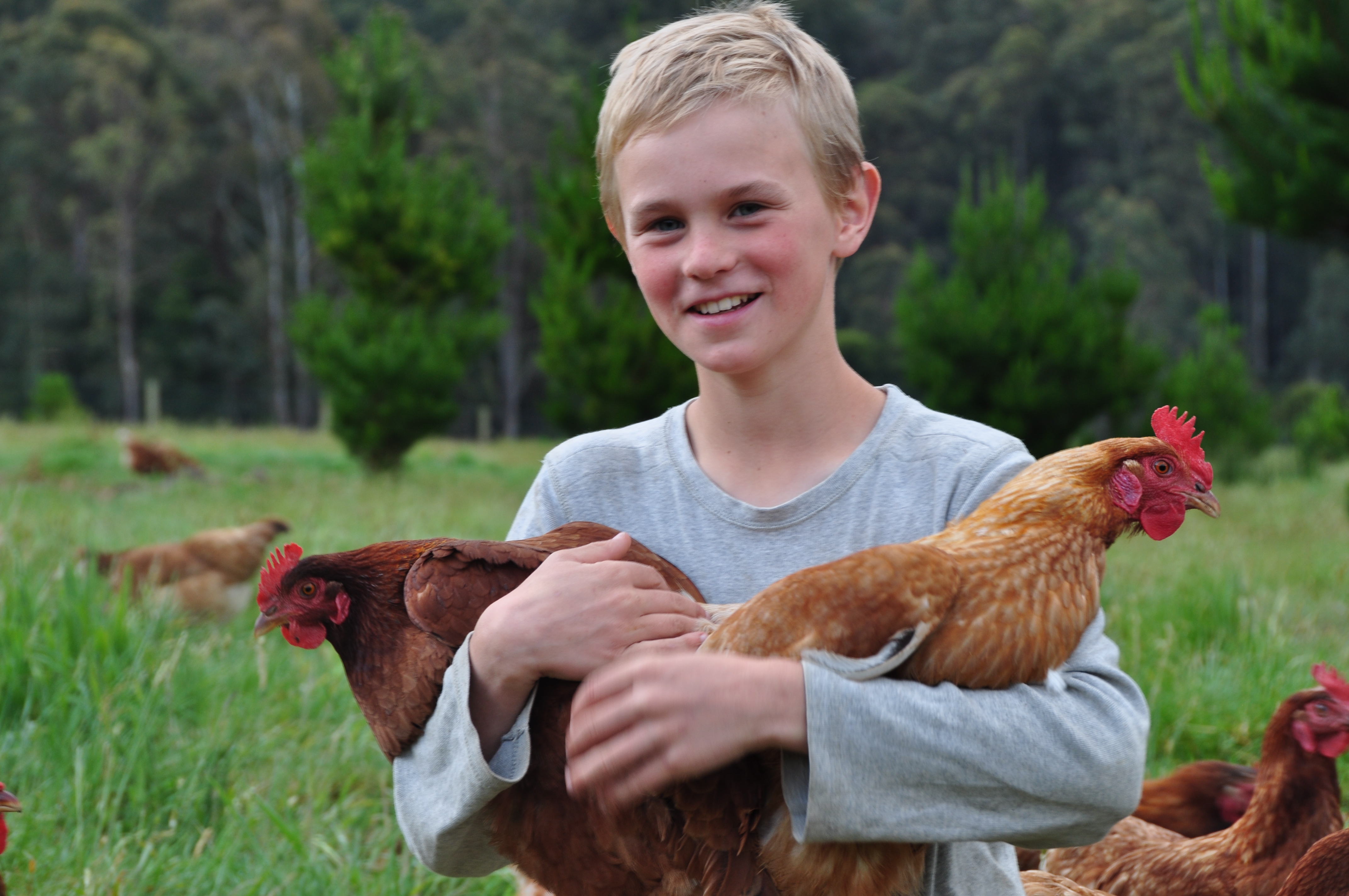 “Woolies has been quite an incredible customer for us. As we've been able to grow our business organically by adding sheds, we have more hens, we have more eggs, we then add stores with Woolies. It's allowed us to grow in the way that matches our business model.”

“I think the other big difference with Woolies stores is because we deliver direct, we actually have a partnership with the store team. We have that control that actually goes right from the paddock to the actual shelf where the customer buys our eggs.” Tamsyn adds.

“Partnering with Josh's is equally great for Woolies, as it aligns with our plan to showcase brands, and it also keeps our customers happy - as they consistently tell us that they want to buy and support local produce/producers,” said Christian Bennett who is the Chief Reputation Officer for Woolworths.

“Josh's and Woolies meet regularly, have aligned priorities, and have worked towards shared opportunities with an expanded range of pack sizes, appealing to more customers, and delivering some cracking sales for both Josh’s and Woolworths.” 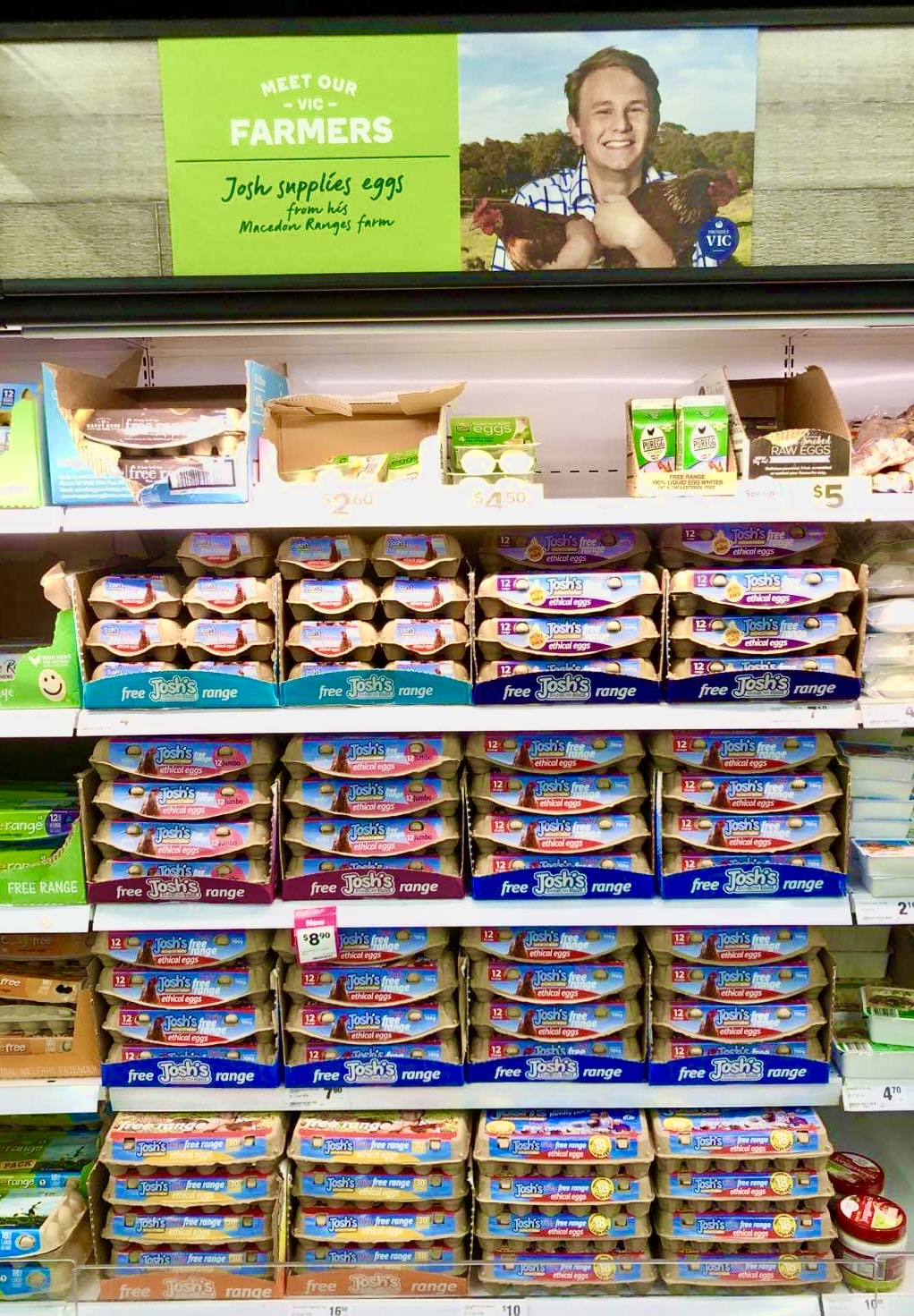 What started as a farming project to nourish a family has not only grown into a thriving business - but a force for good within the community.

Josh’s Rainbow Eggs donates over 400 dozen eggs per week to over 20 organisations including Foodbank, Camcare and Shepparton Food Share, as well as partnering with OzHarvest and the Asylum Seeker Resource Centre.

“My favourite part of the business is the giving,” Tamsyn beams. “Eggs are the best because they're full of protein, everyone knows how to cook them, they're amazing for kids and they're really easily distributed.”

Looking to the future, there is no signs of slowing down for Josh’s Rainbow Eggs, expansion is underway to ramp up production, without compromising the core values of the business.

This growth has been in lockstep with their growth with Woolies.

“The packing facility is such a critical part of the business, eggs come from the paddock and go through a machine and packed in the dozens, turning that egg into a product,” said Tamsyn.

“We're upgrading right now from a machine that packs 10,000 eggs an hour to one that packs 40,000 eggs. It's a huge expansion project for the business, which will elevate us to the next level. We couldn't have done that without being the size that we are with Woolworths - because you have to get to that size to then make that leap.”

Josh is excited for what’s in store for the business and also manages time to squeeze in studying a Marketing degree at RMIT.

“I'm only 21 and I don't know what my feelings are going to be tomorrow, let alone five years from now,” Josh explains through a grin.

“Continuing to make the brand something that people are familiar with is exciting because I really do believe that logically, we're the best option for our customers and I think emotionally, we are too.”

“The trust that we have with our customers is really important, it's something we think about often and we're very fortunate to have.”

Josh’s connection to his customers and the broader Victorian community is infectious, by scaling up, his ethical eggs will be making their way onto more and more store shelves across Melbourne and Victoria more broadly.

“I’d really like to see us continue on this path. I feel like we can become really a part of Melbourne as a city. I adore Melbourne and I find it really gratifying that I get to somewhat be a part of that city in a small way.”

The Strong Australia Network was created by the Business Council of Australia to highlight the work of industry leaders, small business owners, employees and suppliers in our regions. To learn more about the network visit: https://www.strongaustralia.net/get-involved