Back when the car manufacturing industry was in full flight in Australia, small to medium-sized Victorian business Australian Performance Vehicles had three customers: Ford, Holden and Toyota.

As a tier-one supplier to the global car making giants,  APV didn’t need a brand.

“They asked us to manufacture a widget and our job was to manufacture that widget better than anybody else in the world,’’  APV’s managing director Harry Hickling told a Strong Australia forum in Broadmeadows in April 2018.

APV, which manufactures and exports seatbelts, is one of the faces of reinvention underway in Melbourne’s suburban outskirts, forced to rethink its operations when the global car makers ceased car manufacturing in Australia. 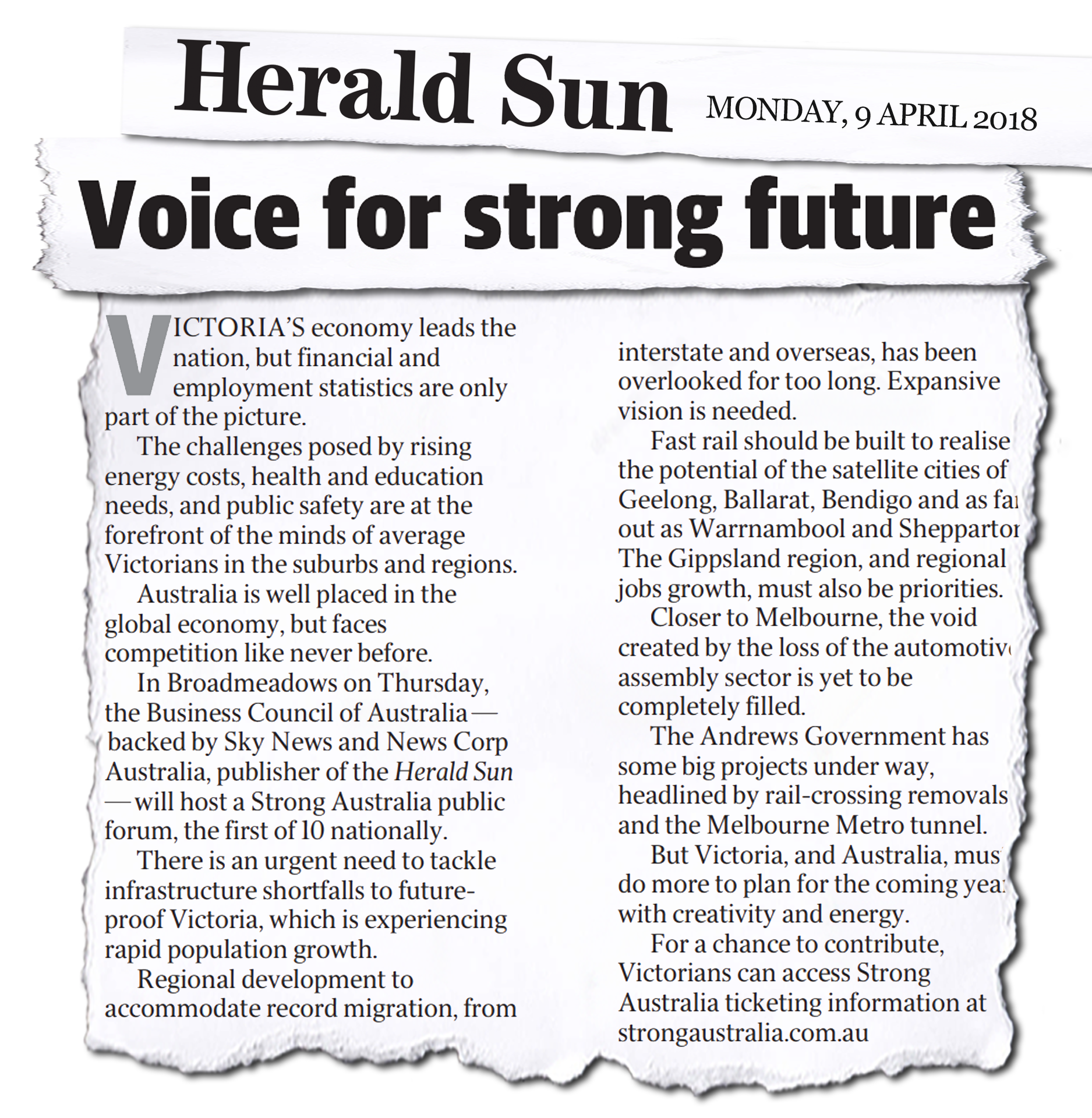 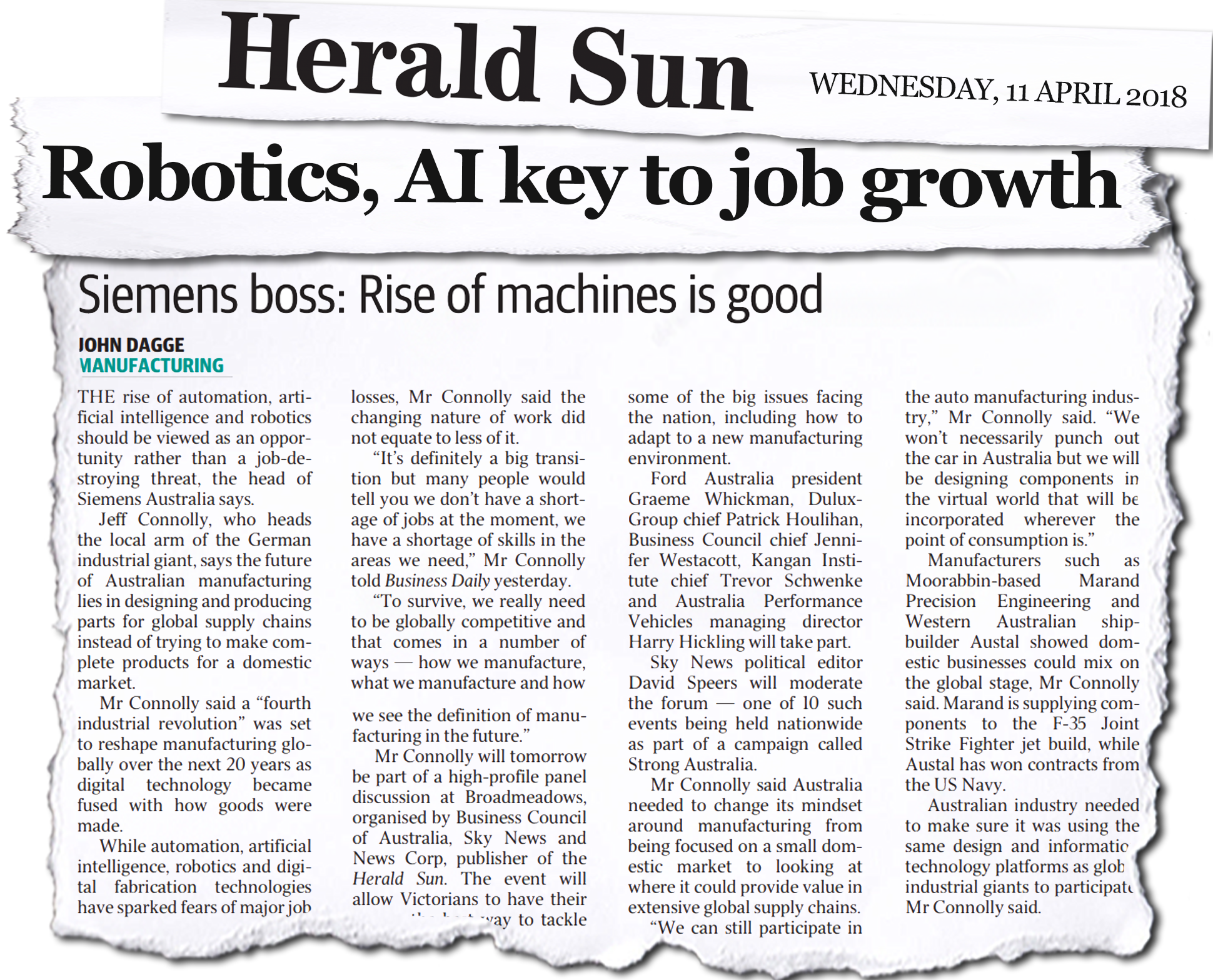 “We lost two-thirds of our revenue. We downsized significantly, which was a very difficult process but we’re still here,’’ Mr Hickling said.

“We're more agile and flexible than we ever were. The good news is with the last several years we've been employing new graduate engineers and we've even employed new production staff on the shop floor in the last six months.’’

“We would be one of Australia's leading SME's in terms of defence exports around the world, exporting military restraints for very advanced armoured personnel carriers,’’ he said.

“It's more exciting where we are today and the reason for that is because we control our own destiny now,’’ Mr Hickling said.

“We have a global brand, people around the world know who we are. People contract us for solutions. Ford is still a customer, we've had a relationship with Ford for over two decades and we are still testing vehicles like the Ford Ranger.’’

APV is not the only company to have transformed as the local economy underwent change.

On the day Ford finally ceased manufacturing in Australia in October 2016 following a three-year wind-down, Ford Australia’s then-president and chief executive Graeme Whickman stood in front of the remaining 660 employees.

Ford Australia now employs more than 2,000 people, with the majority based in the Broadmeadows. They may no longer be tasked with manufacturing cars, but they are involved in conceiving, designing and engineering.

“We export ideas now,’’ Mr Whickman told the Strong Australia forum. “We engineer vehicles and other things, and they are seen on the roads of 200-plus countries.’’

“Engineers will walk into what we call the cave, which is a virtual reality environment, where they will actually be able to examine the inside of a vehicle alongside somebody in Cologne or somebody in Detroit,’’ he said.

“They will be able to look at the same interior position as somebody else that's in a different part of the world and continue to help design or improve it.’’

“One of the things we want to do through Strong Australia is to provide people with a lot more hope and optimism that we can manage these transitions,’’ Ms Westacott said.

“The challenge is how we make sure that no community, or no person, gets left behind. And that's where education and training comes in.

“We've got to find different pathways for young people. This obsession with everyone going to university just means a whole lot of young kids just feel left out,’’ Ms Westacott said.

Patrick Houlihan, the managing director and chief executive of the Australian-owned and listed company DuluxGroup, said the company was commissioning its biggest investment to date with a new $165 million factory in the Merrifield suburban estate near Broadmeadows.

“We were attracted by the land availability, the infrastructure and access to freeways,’’ he said.

“Manufacturing is certainly well and truly alive, and we might be kicking against the breeze but it's a really great success story for this country to think about manufacturing and something happening here in your own community.’’ 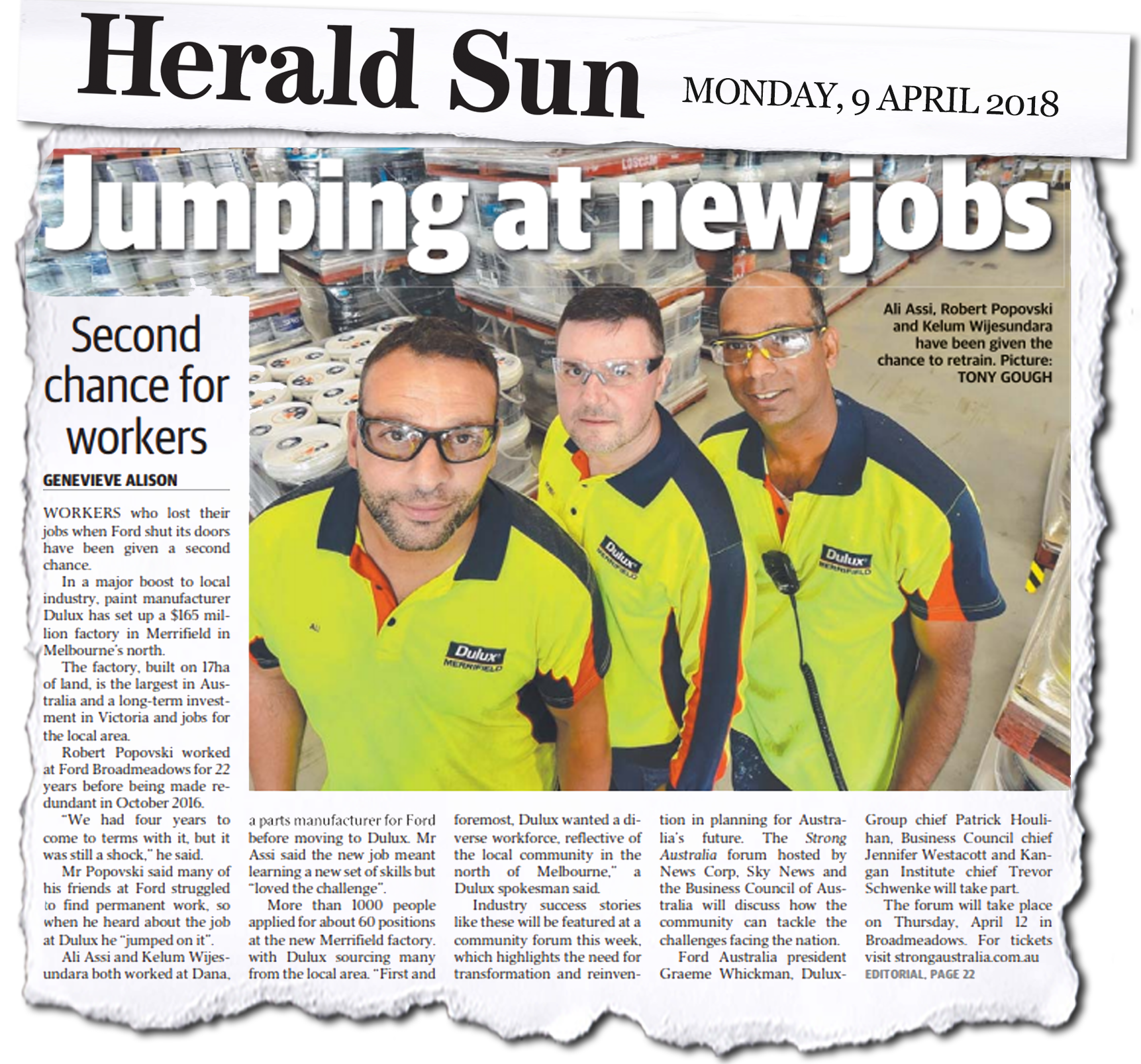 The events in Broadmeadows, including an afternoon community forum and an evening broadcast on Sky News, were part of the Business Council’s Strong Australia Network.

The campaign is designed to connect people who understand the importance of a thriving business sector to the entire country, from the cities to the regions.

Local Labor state MP Frank McGuire told the afternoon community forum that the Broadmeadows community mattered because it symbolised hope. “It’s the hope of Australia that you can have a go and you can get a fair deal.’’

“This is a proud, resilient community,’’ Mr McGuire said.

Jeff Connolly, the chairman and chief executive of Siemens Australia who also chairs the Prime Minister’s Industry 4.0 Taskforce, told the event that apprenticeships of the future would not be the same as they were in the past.

Ms Westacott said Australia’s ability to adapt to the changing nature of work, would be hampered if a union push to return to a 1970s-style strike-ridden workplace relations system was successful.

“We need cooperation. We need to manage this transition together,’’ Ms Westacott said.

“We cannot throw the enterprise bargaining arrangements out because that's about you and everyone here sitting down with their teams and saying ‘here's the world we're facing’.

“That can't happen in a conflict system,’’ she said.

Mr Connolly also weighed in, saying “the world is calling for more collaboration not less, so it would certainly be a retrograde step’’.