This article first appeared in The Australian newspaper on Monday 8 February 2021.

Last year as the coronavirus pandemic sparked fear among Australians, Melbourne-based emergency doctor Simon Doyle focused on the small things to try to establish a personal connection with his COVID-19 patients.

“I used to make small efforts to, you know, write my name on my gown,” the 31-year-old said.

“Ordinarily when I’m in my scrubs I have always got my name badge on and I always introduce myself by name, first thing. But I think with all of those physical barriers (personal protective equipment) that stuff can be lost. I just tried to make myself a bit of a person rather than just someone in blue.”

Dr Doyle — originally from Liverpool in the UK — had been an emergency room doctor at the Northern Hospital until 2018, when he swapped his scrubs for a role in health management consulting at Ernst & Young.

When the pandemic struck, he felt compelled to take up the firm’s offer of a three-month sabbatical and return to the frontline. Dr Doyle spent from May to July working in the St Vincent’s hospital ER and one of the city’s busiest COVID clinics.

“Lots of my friends and family are in the UK and in Europe, and things were starting to escalate over there,” he said. “There was a feeling that that was going to happen here … and I think if that had happened, I would have felt that I would want to be involved in some way to try and help.”

That decision led to Dr Doyle’s selection as a finalist in The Biggies, a new award launched by the Business Council of Australia to recognise individuals who went “above and beyond” in 2020. Dr Doyle is one of four finalists in the Big Heart category. 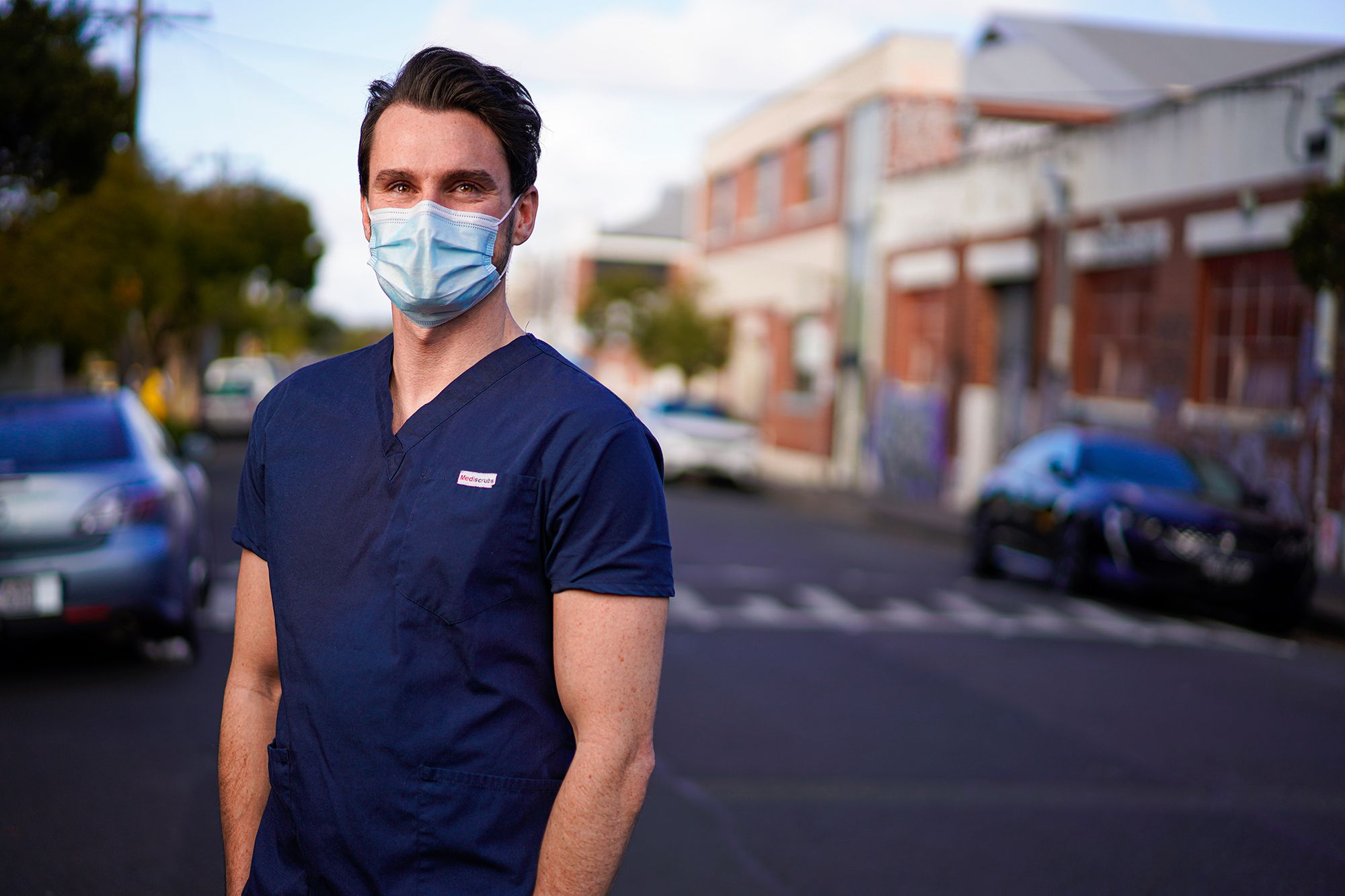 Dr Doyle said one of the issues he confronted was the need to adapt to the crisis. “(What) I found most difficult was all the ways we had to change how we work. It wasn’t new for me to see a patient who was acutely unwell, very short of breath needing to be in a (resuscitation) situation.”

But because the emphasis was on trying to contain coronavirus, the usual emergency protocols had to be changed.

“We weren’t able to use certain masks for giving oxygen, we had to take our time to put on the full PPE before we went in. We were even limiting use of stethoscopes, which seems odd.”

As well, the absence of visitors made it difficult for patients.

It was an intense experience, but when his three-month sabbatical finished, Dr Doyle realised he was not ready to step away. He went back to EY and continued to work at St Vincent’s once a week. He has since left the consultancy and has now taken up a management role at a Melbourne health service.

EY Oceania’s CEO Tony Johnson said Dr Doyle had shown “immense courage and selflessness” going straight to the COVID frontline in Melbourne, “where he was able to do more than help patients, he supported positive systemic change”.

The Biggies will be announced in April. The Australian is the media partner for the awards.

The Biggies: Accenture adds a new dimension to caring