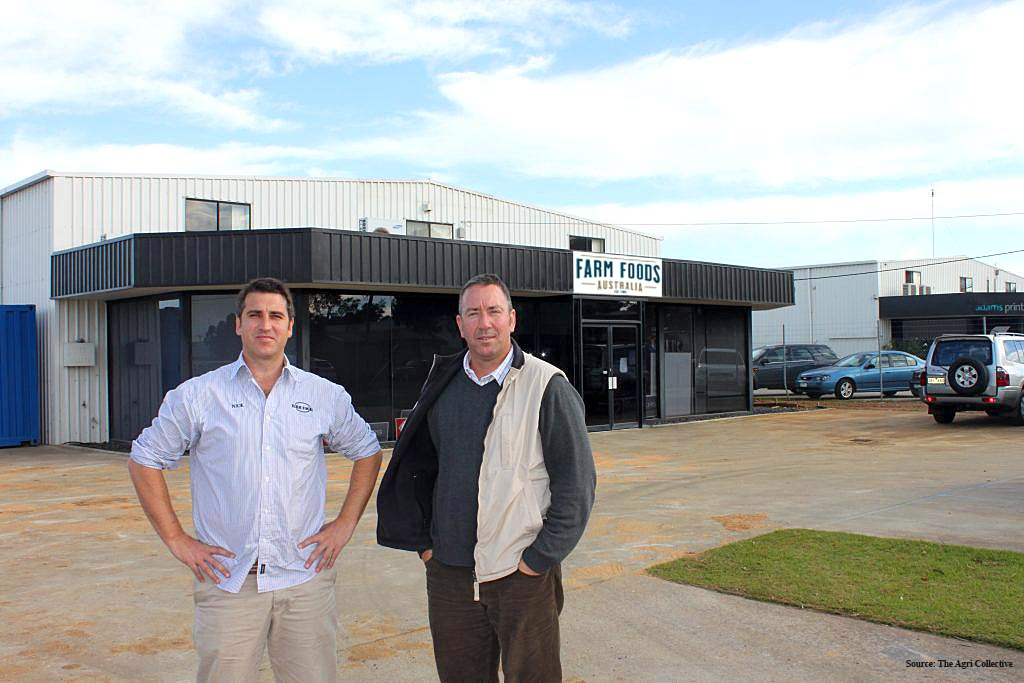 The family-owned Farm Foods is seeking planning approval from Geelong Council to expand at the rear of its manufacturing site in Breakwater.

The company is also wanting to boost its exports of organic meat and non-meat burgers and sausages by investing in export market development and new plant and equipment.

The project will create an extra 10 to 14 local full-time jobs.

The company has about 73 employees, although this gears up to about 85 over summer as afternoon shifts are expanded for Australia’s BBQ season.

Farm Foods chief executive officer Greg Hughes said that as demand for plant-based meat alternatives grew, the company wanted to be able to separate that process into its own space and add processes like flash frying.

Mr Hughes said the meat business was also growing and the plan was to sell an extra 550,000 meat trays this financial year, so more space was needed.

The ability of US maker of plant-based burgers, Beyond Meat, to attract celebrity investors including actor Leonardo Dicaprio and Microsoft co-founder Bill Gates, shows how popular the concept is, he said.

“We went to the US because it’s a big consumer market,” he said.

The move to exploit the growing market for plant-based alternatives is an example of the innovation that is at the heart of the business model.

“Are we innovating? You bet we are, because that’s the lifeblood of our business,” Greg Hughes, CEO, Farm Foods.

“Our purpose and vision is to provide really good, high-quality innovative products.”

The business started after brothers Simon and Richard Kerr purchased a gourmet butcher shop in the south-west Victorian town of Birregurra and has become one of the leading value-adding meat plants servicing supermarkets across the country.

Developing a relationship with Coles that started with the supply of Certified Angus beef sausages helped the brothers grow the business.

About the same time as Coles made its first order, the brothers exited the retail side by selling the their retail stores in Birregurra, Queenscliff and Torquay, and then set up a meat processing plant in Geelong to make products like sausages, burgers, meatballs and meatloafs in retail pack formats.

Today it supplies Coles, Woolworths, Metcash, IGA, Ritchies and Aldi, under its own brands and as retailer-owned private labels. Those retailers in turn employ an army of Australian workers. It’s an example of how the supply chain process helps businesses create 86 per cent of all jobs in Australia.

The NextGen plant-based burger has been reformulated and is sold through Woolworths as the NextGen2. The Simply Better Foods range – of both plant-based and “flexitarian” meat- and vegetable-based protein -- was launched last month through IGA supermarkets.

According to a report by think tank Food Frontier, Australia’s market for packaged plant-based foods will be worth $215 million by 2020.

The business has about 40 suppliers, ranging from film to packaging.

“We’re one of the biggest buyers of local parsley here in Geelong,” Mr Hughes said. “We spend about $140,000 a year just buying parsley.”

The company looks to use local suppliers where it can.

“If it’s a fresh ingredient, parsley and kale we will try and buy something from the region, near the Otways region or the commercial regions in Geelong if they’re growing it and they can meet the specification or requirement,” Mr Hughes said.

“We source locally if we can. We support the local community where we can. We all live close and have a really strong sense about who we are and what we do.”

This contributes to trade between businesses of various sizes that is worth about $500 billion to the national economy each year.

“We offer security of employment in what is a high-class regional manufacturing business.”