When Humpty Doo Barramundi started 26 years ago, a band of volunteers did all of the work.

Fast-forward to today and the family-owned business is Australia’s largest barramundi farm. 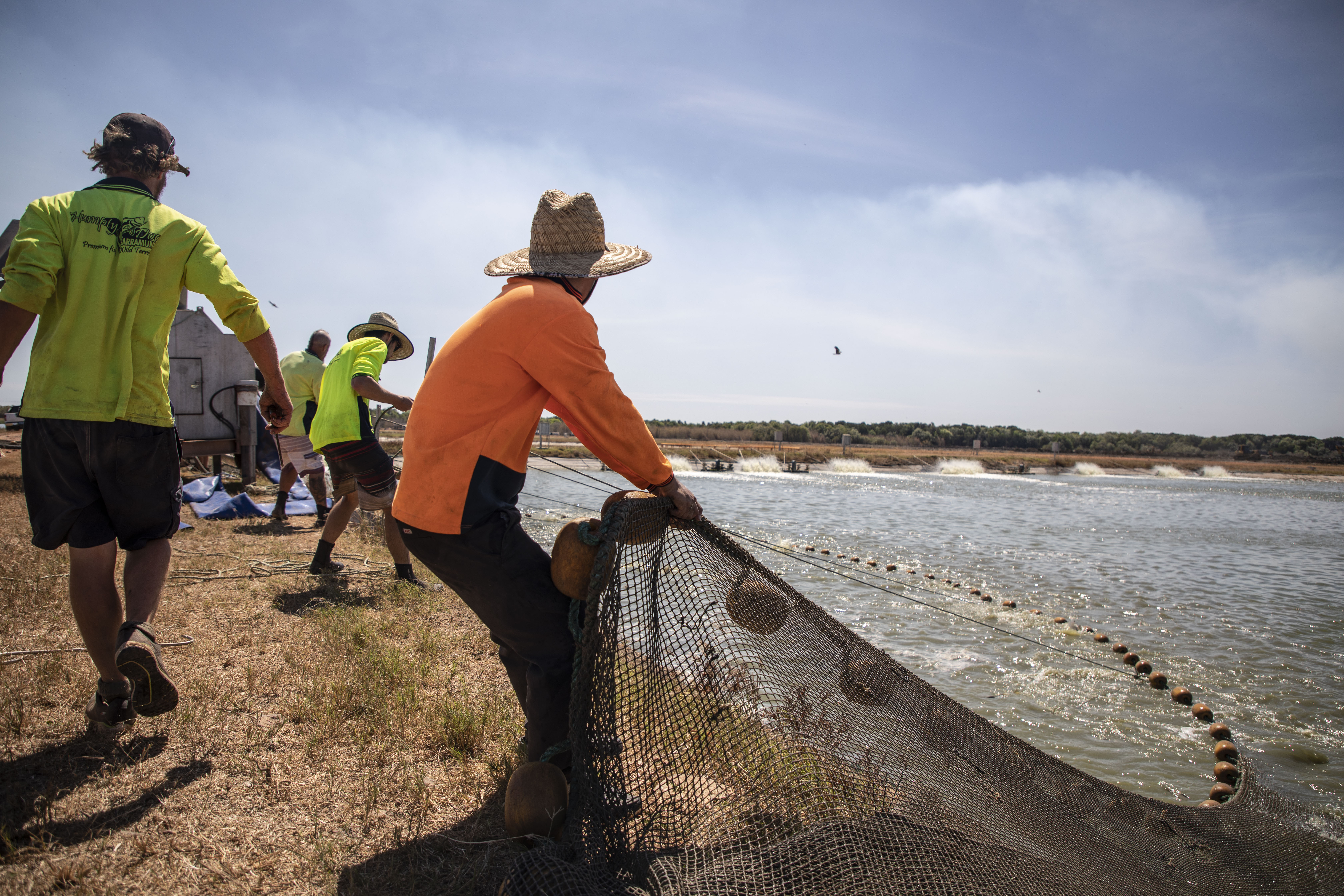 The farm has grown to employ about 80 people and the owners plan on creating even more local jobs to meet the increasing appetite for the Australian-grown silver-coloured saltwater fish.

“We’re trying to create opportunities here in the Northern Territory, particularly while the economy here is doing it pretty tough.”

When Dan’s father Bob, an agricultural scientist, bought into the farm 25 years ago, it was yet to produce a single barramundi. A couple of years later, Humpty Doo Barramundi was producing six kilograms of barramundi a week.

Bob would himself scale fish and deliver it to restaurants around Darwin. Later as sales grew, Bob and his wife Julii would get up before dawn to pack the fish to send to interstate markets.

But Bob’s dream was always to grow. 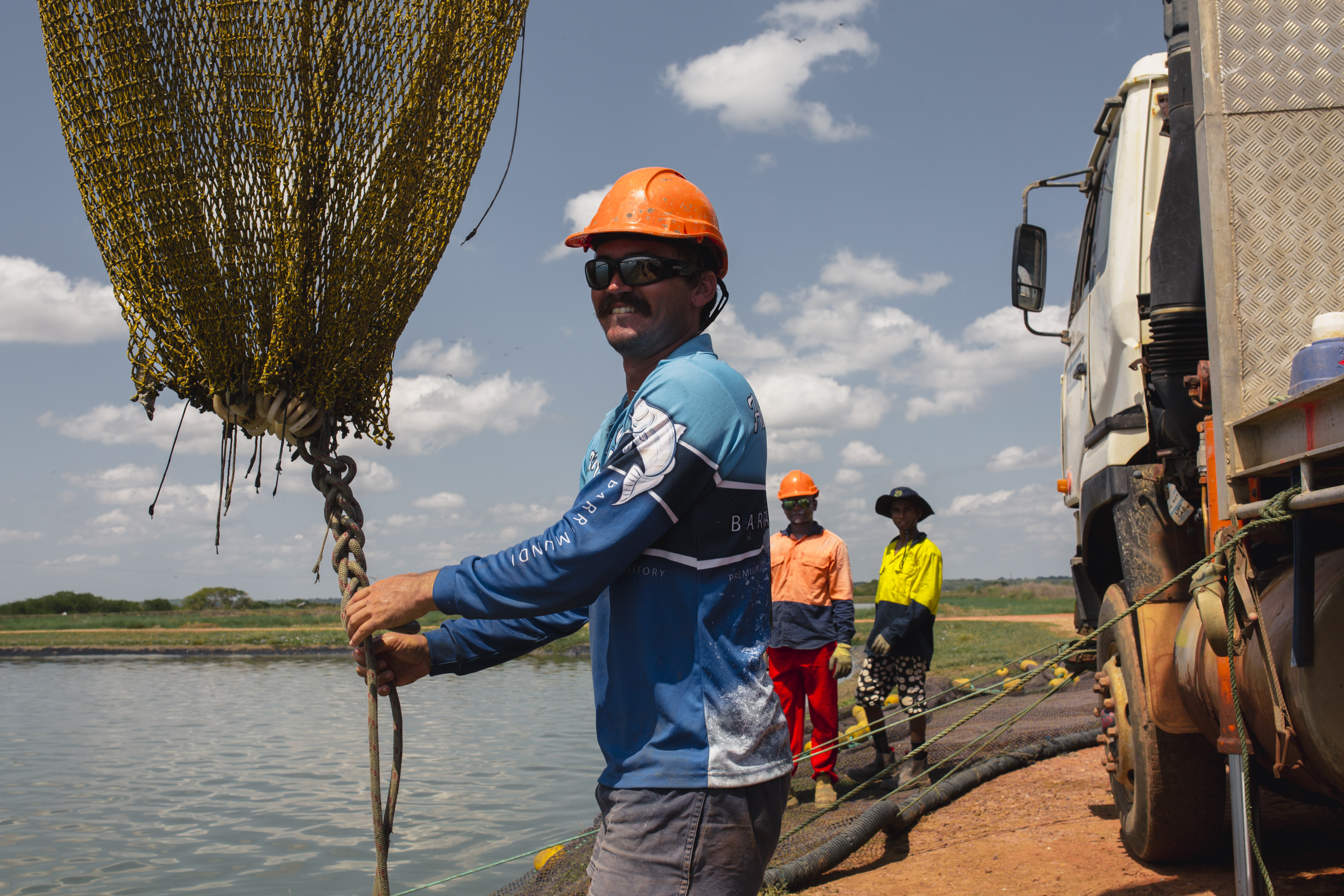 Son Dan, helped out with the farm on weekends and during holidays while he was at university studying environmental management.  A decade later Dan left his career in corporate environmental management  to join the business full time because he was so passionate about fish and the work of his father on the farm. That was 12 years ago

Now the father-and-son duo have built up the farm so it’s producing an extraordinary 10,000 times what it originally did: 60,000 kilograms of tasty saltwater barra a week.

The farm supports more than 50 local businesses ranging from tradies to civil works providers and ice-makers.

Humpty Doo Barramundi is found on the menus of leading restaurants across Australia and features in the Qantas business-class menus designed by celebrity chef Neil Perry.

A partnership with supermarket giant Woolworths has helped underpin the many years of runaway growth at the farm.

“We’ve had a relationship with Woolworths at different levels for a number of years,” Dan Richards says.

“Initially we were supplying them in the NT doing in-store demonstrations with our local community. It’s been really exciting to be able to expand that to a national relationship."

“It takes up to two years to grow a barramundi to market size. And so for us, the ability to partner with a great Australian major retailer like Woolworths means that we are able to really plan our growth with the security that we’ve got a great market partner there to work with us as we grow,” Mr Richards says.

Last year, Woolworths awarded them the Sustainability Supplier of the Year award to recognise the difference they had made to improve employment outcomes for Aboriginal and Torres Strait Islander communities in the NT as well as their third party certified environmental sustainability credentials’.

Woolworths Head of Sustainability Adrian Cullen says the retailer is proud to partner with the barramundi farm.

“Humpty Doo Barramundi is a great example of a business that is doing well by doing good.”

“Not only do they produce top class barramundi for our customers – they also lead the way in environmentally responsible aquaculture and Aboriginal and Torres Strait Islander employment.” 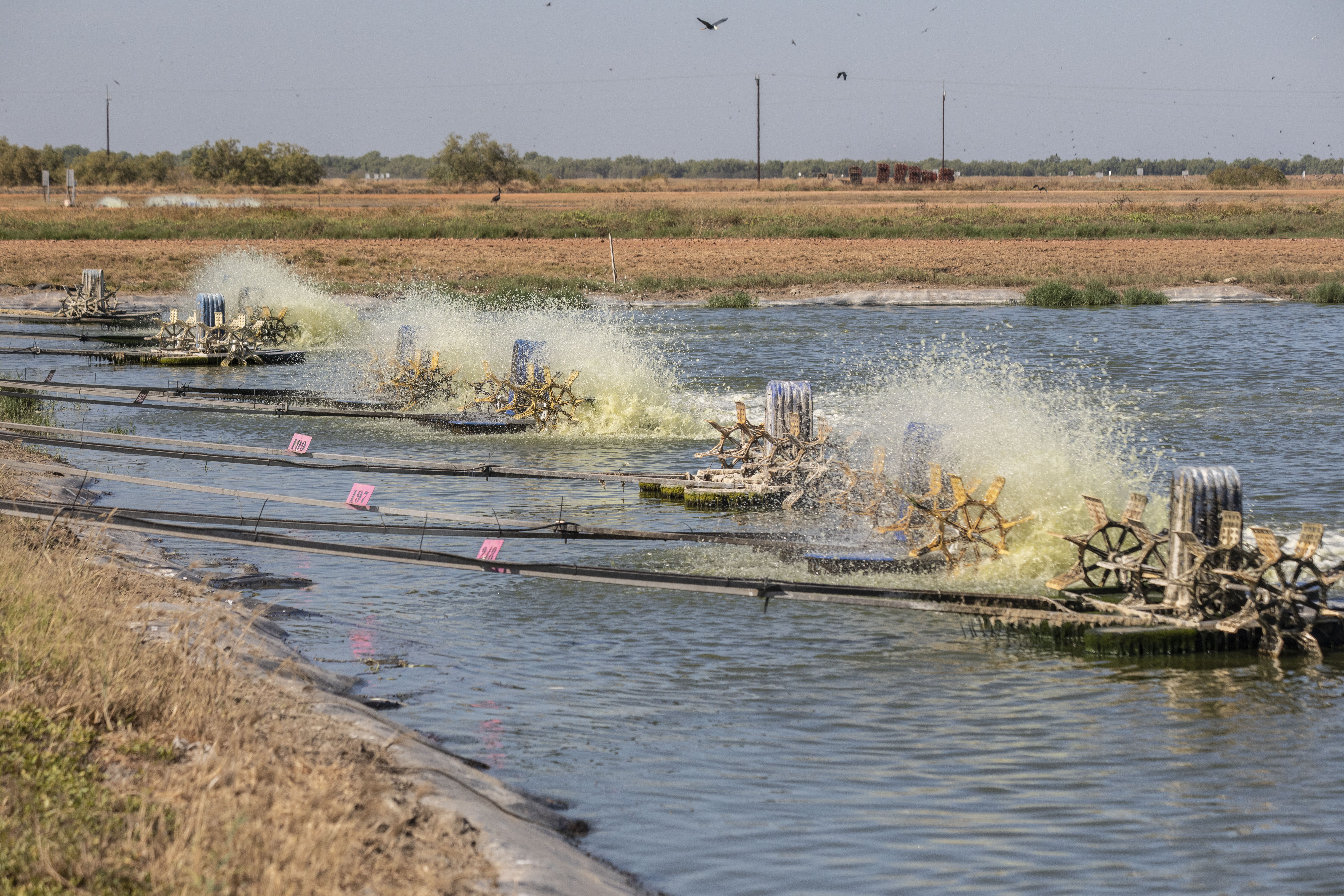 The farm has an Indigenous Engagement Strategy and Mr Richards expects to provide more employment opportunities for Indigenous people as the farm grows.

“We believe in creating opportunities for our community,” Mr Richards says. “Indigenous people are an important and significant part of our community in the NT, and we feel that should be reflected in the make up our team. As we grow, we can provide training and employment opportunities to more people.

The Richards family has invested heavily in the farm to meet the growing demand for barra. They’d like to get production to 10,000 tonnes a year.

New saltwater ponds were built as part of a significant expansion of the farm in 2012 and then again in 2016 and its packing capacity was radically upgraded with a state-of-the-art packing facility in 2013.

The business has received a concessional loan of up to $7.18 million from the Northern Australia Infrastructure Fund, as well as a similar amount from a commercial loan from ANZ, for the medium-fish nursery and feeding systems that are being built now.

The family also attributes the success of the farm to some “game-changing” scholarships. Bob was awarded a Churchill Fellowship to study global fish farming operations in 2002, and in 2016 Dan secured a Nuffield scholarship supported by Woolworths that allowed him to travel to 20 countries to study the potential for barramundi to become the white-fish equivalent of salmon.

Challenges have included the climate, land management and the availability of specialist skills.

When floods wrought havoc across northern Australia last year, Humpty Doo Barramundi had to call in helicopters to chopper out the fish to market. Since then, it has tried to flood-proof the farm by building up the roads and a buffer along the Adelaide River.

Finding people with specialist skills in fish farming is one of his greatest concerns.

“While plenty of people in Australia grew up on cattle farms, not a lot of people grew up on fish farms. And so we’ve had to rely on some international people for that and are working through various challenges around immigration for the specialist positions.”

The business has a bright future, with a recent report finding that aquaculture is a growth sector in the NT “as farmed fishing is seen as the solution to meeting the world’s increasing demand for seafood”.

“There is genuine confidence in the sector and the economic outlook is positive for the industry,” the Industry Skills Advisory Council NT report found.

“Our purpose is to create opportunities in the Northern Territory and be passionate about Australian food and Australian fish. The way we combine all those things is through Humpty Doo Barramundi, farming an iconic Australian species.”