REVERSING the brain drain and attracting more business investment to South Australia are critical to ensuring the state can power ahead.

When the Business Council of Australia’s first Strong Australia event was held in Adelaide in March 2018, it was clear the state wanted to attract new businesses and create additional jobs.

While Sydney, Melbourne and Brisbane battle congestion, South Australia continually experiences a significant loss of people and talent through interstate migration to the eastern states each year.

Alister Haigh, the chief executive and joint managing director of Haigh’s Chocolates, told the Strong Australia broadcast on Sky News that while it was great for the young people of Adelaide to travel, the state needed to attract people from around Australia to study and work in South Australia.

“That’s the balance we have to strike,’’ Mr Haigh, who heads the century-old family business, said.

Mike Hirst, then the Bendigo and Adelaide Bank managing director and chief executive, said the bank attracted many workers who had grown up in Adelaide, moved away, and wanted to come back to the city to raise their families.

Jennifer Westacott, chief executive of the Business Council, made the point that people create economic activity.

“This is a place where people can actually come back, bring their kids up, live in a very, very affordable way, and live a very good lifestyle. It's still a wonderful place here,’’ Ms Westacott said. 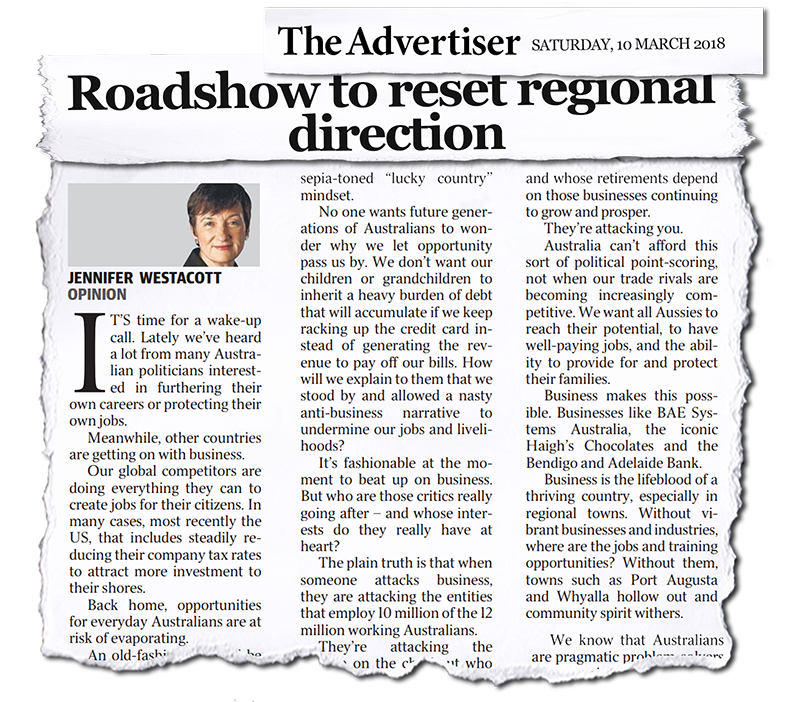 “For me, this is an incredibly exciting time for South Australia,’’ Ms Costigan told the Strong Australia event.

“It's an incredibly exciting time for young people who have the opportunity now to see that they can have really exciting careers in the defence industry working on cutting-edge technology right here in South Australia,’’ she said.

BAE Systems Australia has 3,500 employees nationwide and is headquartered in South Australia, where it employs 1,000 people.

“This is a place where people can actually come back, bring their kids up, live in a very, very affordable way, and live a very good lifestyle. It's still a wonderful place here.’’

Sixty per cent of BAE’s workforce has STEM (science, technology, engineering and maths) skills, and the company works with schools and universities to ensure a pipeline of highly skilled workers.

“We've got some amazing technologies here in Australia that have been developed by Australians,’’ Ms Costigan said.

“I think what the defence industry needs to do is they need to get out of the shadows. They really need to talk about what amazing things we do and create in Australia.’’ 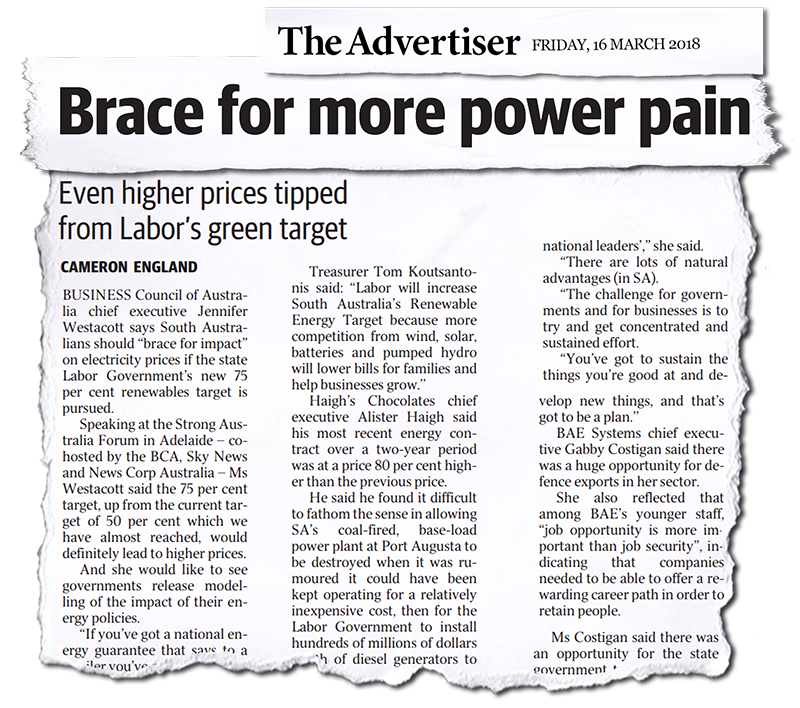 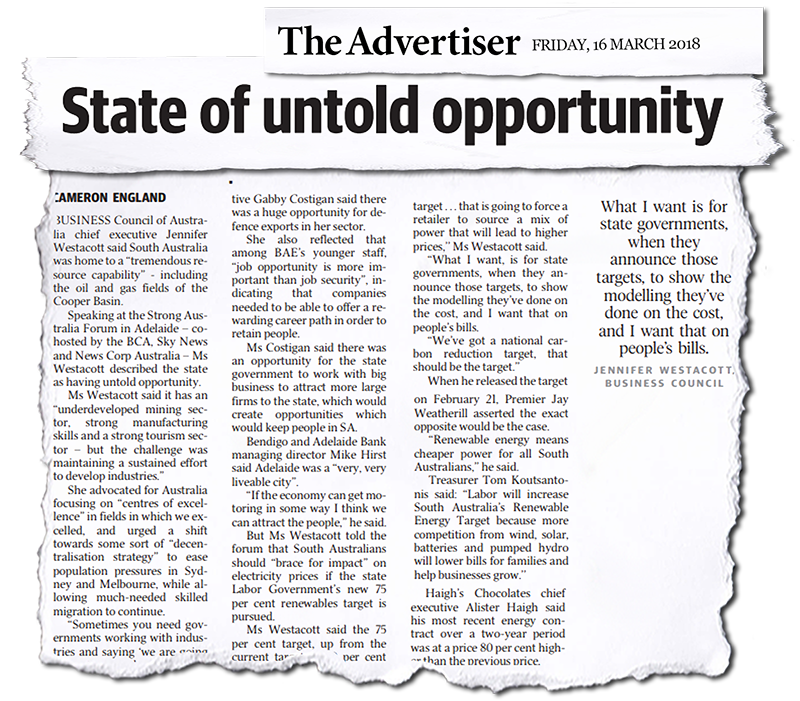 South Australian business leaders at the Strong Australia event in South Australia agreed it was important to leverage the taxpayer spending on defence industries into increased opportunities for all businesses.

Establishing centres of excellence, Ms Westacott said, would allow Australia to play to its strengths and grow new business. This would ensure the right infrastructure, skills and capabilities were clustered together to service particular industries and sectors.

“What we should do is go back to old-fashioned good decentralisation, good planning between government and private industry and this is why I think this idea of centres of excellence has really got some teeth to it because it can't just be left to chance,’’ Ms Westacott added.

The issue of high electricity prices, especially in South Australia, was another focus of the business forum with Ms Costigan stressing the downside of high bills.

“If I've got to pay more for my power bills,’’ she said, “then I don't have enough money to invest in new technology or people or to improve wage growth in my business’’.