When mining giant Rio Tinto decided more than a decade ago to anchor one of its fly-in, fly-out hubs in the Western Australian city of Busselton, it revitalised the coastal community economically, socially, and culturally.

The influx of about 900 workers on above-average wages has served as a magnet for growth and a catalyst for development, helping to diversify the economy.

The main street shops are open; the Busselton community has rebuilt their historic jetty; a mega-Coles supermarket has opened, a new housing development is well underway, and the city is home to Australia’s richest film prize awarded annually at the CinefestOZ film festival.

City of Busselton Mayor Grant Henley told the Strong Australia forum in Busselton on 23 August 2018 “what we've tried to do as a local government is to build the infrastructure and the planning to allow business to flourish’’.

Chris Sutherland, the managing director of Programmed, said the additional investment had created opportunities throughout the region.

“It has a multiplying effect out amongst tradespeople getting involved and building, service people getting involved in maintenance,’’ Mr Sutherland said. “Other staff get hired to operate and provide support services to whatever that piece of infrastructure is: be it an airport extension, be it a cruise ship industry coming in, all sorts of things.’’

“It creates a job,’’ he said. “People want to know how the jobs are going. Where they're going to develop their careers, and develop their life and their family.’’

The success of Busselton has been built on its strong partnerships between business and the community.

Rio Tinto is part of the community, small and large businesses work together, and the council partners with Rio and other businesses.

Joanne Farrell, managing director Australia, Rio Tinto Group, said “We're in a region where we've got strong governance from the council, strong industry who want to look at how they can participate with us, and a community that is welcoming, and that's a really important part.’’

“When business comes into the community, if we can recognise each other as partners, then both of us will benefit,’’ she added.

Rio Tinto, Ms Farrell said, wasn’t the only game in town, but it was an important employer because Rio’s workers had built houses, their children go to local schools, they use medical services, and they shop locally.

“Those sorts of things have enabled the town to grow as well. But I think the diversification of Busselton has been very important,’’ she said.

The Strong Australia event in Busselton was held on the eve of the leadership challenge in Canberra which saw Malcolm Turnbull toppled the next day as Prime Minister, replaced by Scott Morrison.

The events in Canberra, however, weren’t on the radar of the more than 100 community members attending the Strong Australia lunchtime forum in Busselton.

Instead of talking about the jobs in Parliament House, the community, along with the business leaders on the panel, wanted the focus to be on the jobs of Australians living in regional communities. 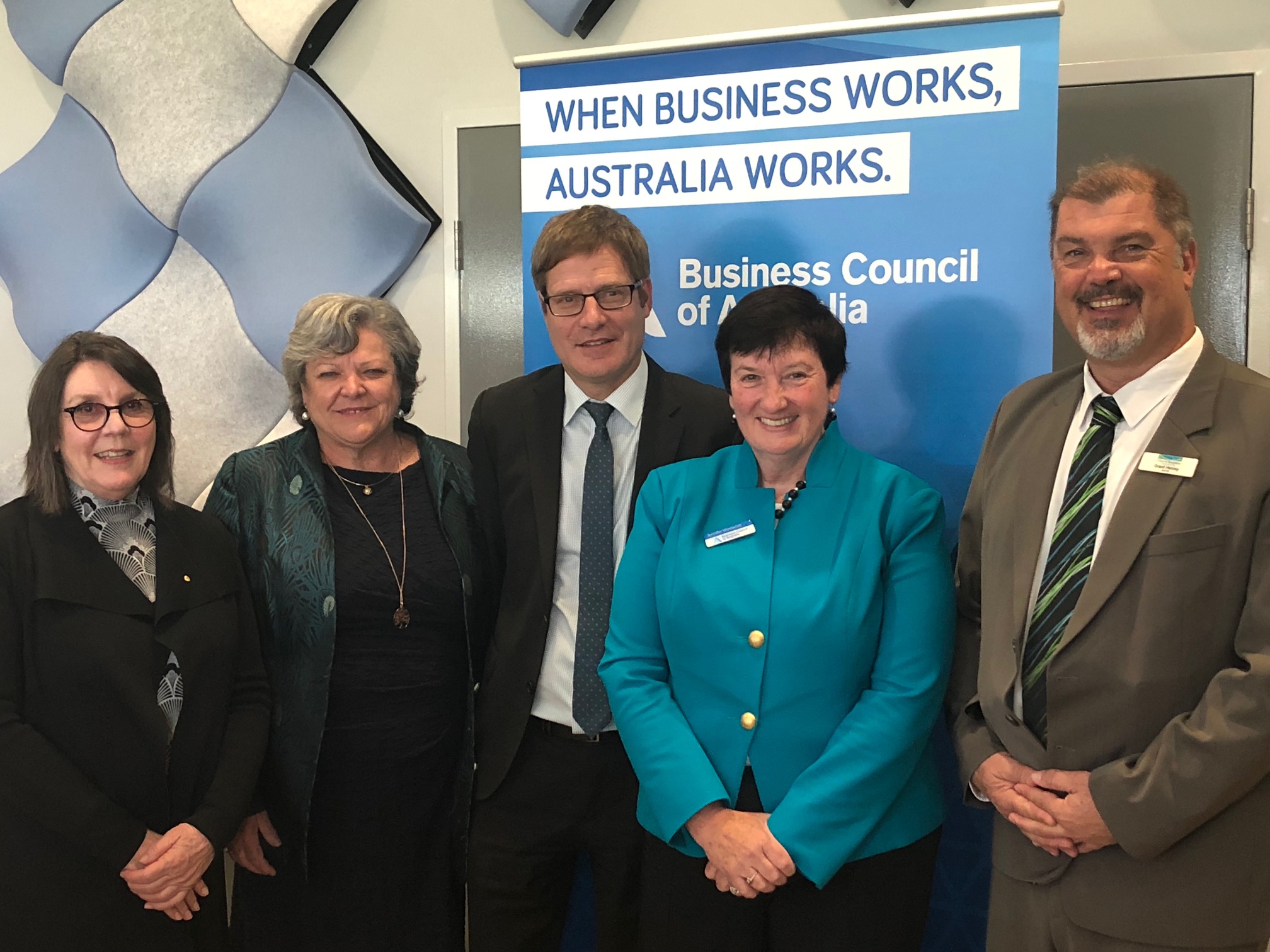 As Jennifer Westacott, chief executive of the Business Council of Australia, told the Sky News Strong Australia broadcast that evening “All the issues and problems that existed last week are here this week, and they'll be there next week.’’

“We have an uncompetitive economy, we've got huge pressures for a global economy. We don't have an energy policy, we’ve got rising energy bills,’’ she said.

She said local government leaders and businesses in Busselton could make things happen because they had a clarity of purpose about what their community needed.

“What we've tried to do as a local government is to build the infrastructure and the planning to allow business to flourish.’’

The Strong Australia event in Busselton heard the community wanted to expand its airport to attract direct international travellers into the region, which includes the tourist attraction of Margaret River, as well as open up export opportunities, including in fresh produce.

Ms Westacott said the Strong Australia events were designed in part to highlight the importance of regional economic development, and where infrastructure could be prioritised to increase economic possibilities.

“I think we have lacked for a long time in Australia a vision for regional Australia,’’ she said.

“You've got a vision (in Busselton), but the country has lost a vision for regional Australia. We need to get that back,’’ Ms Westacott said.

Mr Sutherland told the community forum that too often regulations were put in place without due regard for their impact on regional economies.

“We have to make sure that there's a proper voice and representation about what some of those regulation changes might mean for jobs, for employment, for the ability of small, medium and large businesses to actually operate their business effectively.

“One word that doesn't get talked much about in Australia as it should is being competitive. And I think that the whole issue, in a general sense, of the kind of regulations being spoken about will just make us less competitive than the rest of the world.

The forum also discussed the importance of skilled migration to regions. Ms Westacott said the population debate needed to centre on where people locate, not on numbers.

Ms Farrell said every industry had an obligation to train local people for skilled work, but often that training needed to be provided by experts.

“And sometimes,’’ Ms Farrell said, “you have to bring those experts in.’’

“Some of the large capital projects that Rio Tinto builds, some of that expertise is not available in Australia. So, if we can bring it in, we do that investment, we create that infrastructure that then leads to more jobs and more training for Australians.’’

“So, it's not an if or either … or, it's a part of actually doing business and making sure that you're in business for the long term, creating investment and innovation,’’ she said. 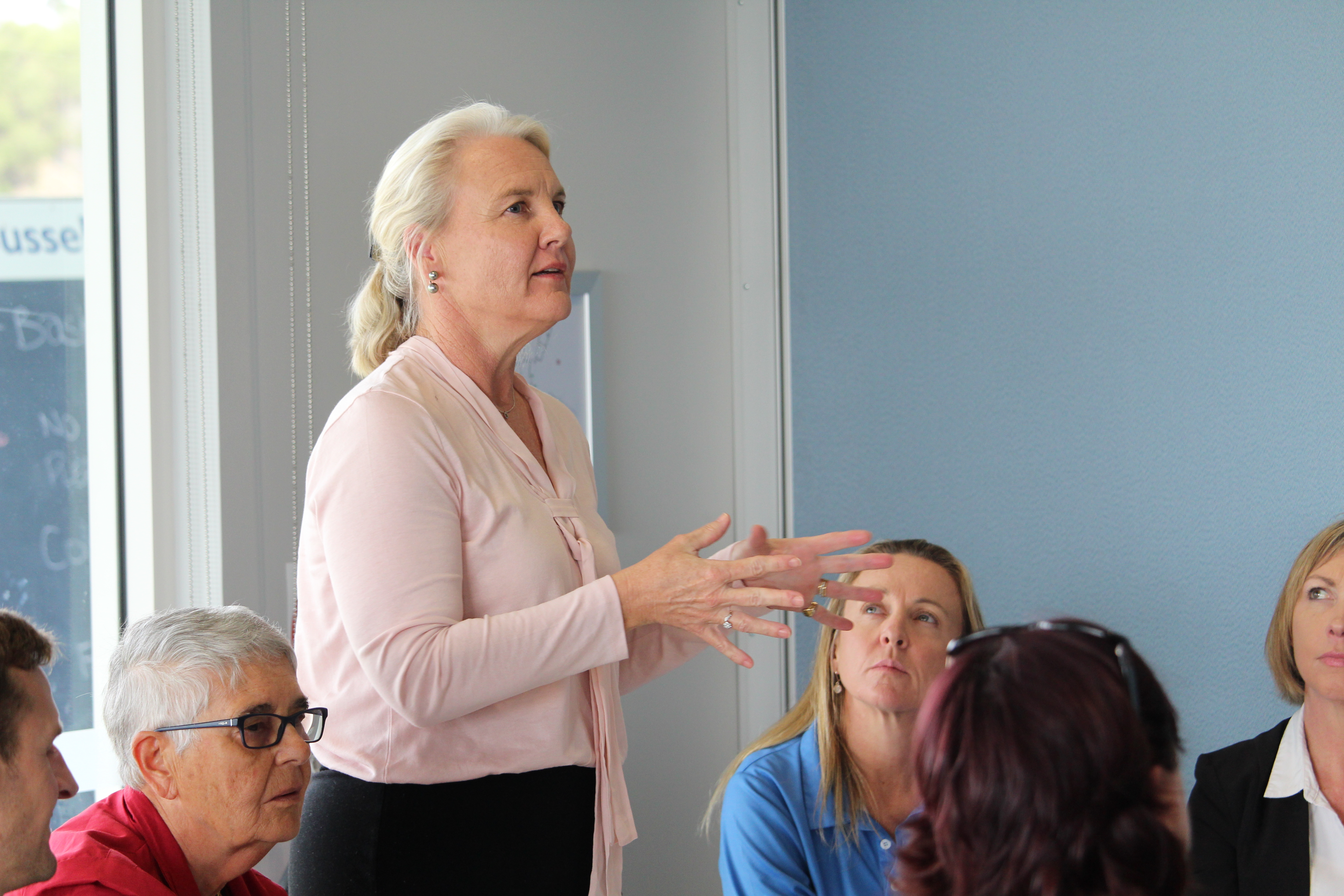