It also boosts business using the airport to bring in potential clients and show them around.

“A lot of the meetings that we have are face to face. That's the way we do business,” said Steve Mackinlay, a sales executive at the fifty-year-old primary producer and processor.

They pick up overseas clients from the airport, show them the processing facility and fly them to the farms in Moree and Bundaberg to let them see where the nuts are grown.

“It's the ability to showcase your business and also showcase where it is situated in regards to our manufacturing and our corporate headquarters,” he said.

“To be able to show people that we're serious tree nut producer and to have that airport on your doorstep is a wonderful tool.” - Steve Mackinlay, sales executive, Stahmann Farms

Stahmann Farms was founded over 50 years ago in 1968 by Dean Stahmann, an American whose family had been pecan growers in the US for several generations.

The original idea of the business was that it would export nuts to the US in the offseason. That proved logistically too difficult at the time, but the farm developed a strong pecan industry and is now the biggest grower in the Southern Hemisphere. 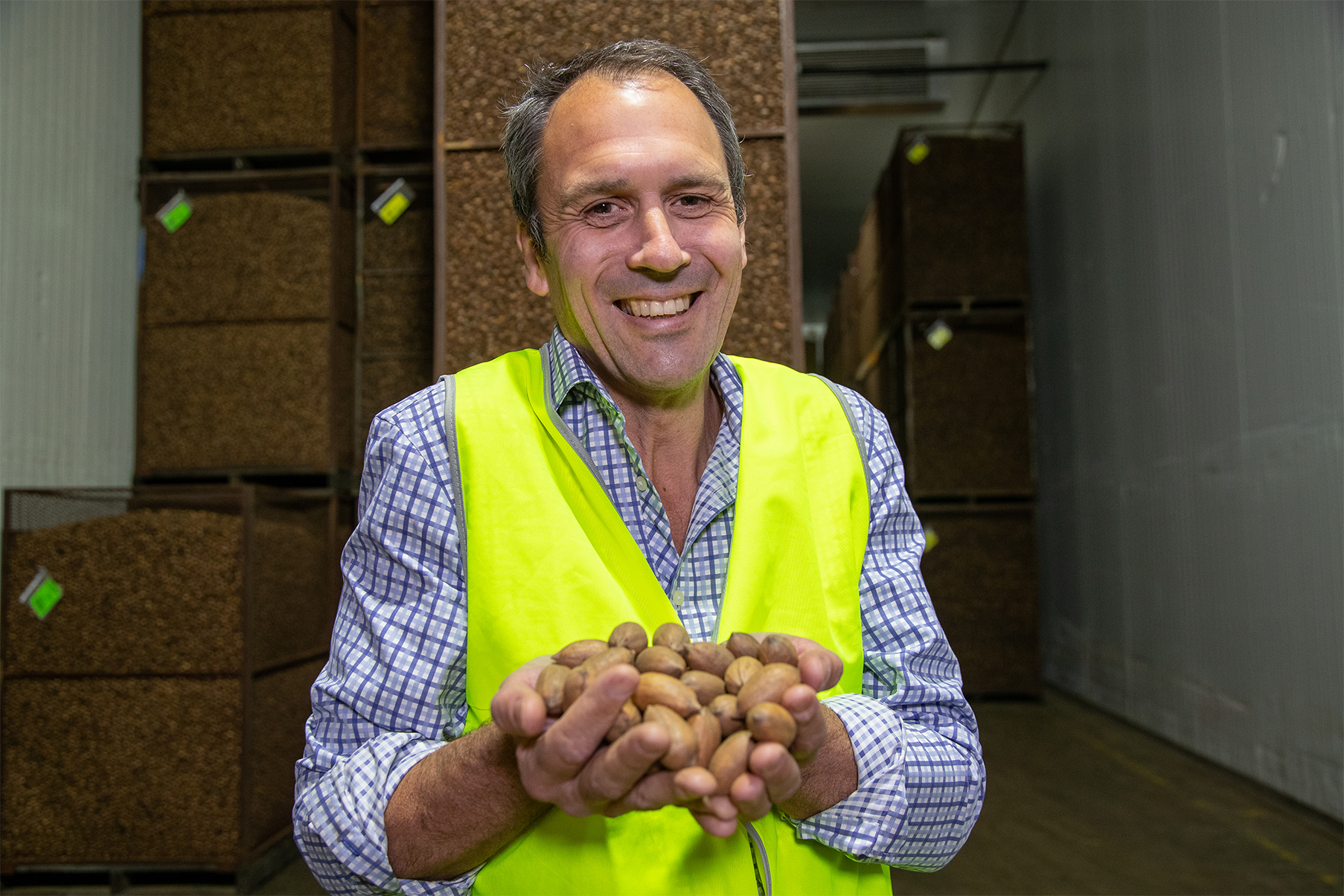 It supplies a range of nuts including pecans and macadamias to Woolworths, Coles and Aldi under the Riverside All Australian brand.

Stahmann Farms grows pecans in Moree and macadamia nuts in Bundaberg, and does the shelling and packing in Toowoomba. Australia’s largest inland city was an obvious choice for a regional hub because the existing rail line meant there was a population with the sorts of skills needed in the nut factory, such as metalworks and engineering, Mackinlay said.

All up the business employs about 150 people, rising to 225 in peak season. Up to 90 people work in the Toowoomba factory.

Along with the domestic market, it supplies bulk kernels by sea freight to Asia and Europe via Brisbane and is now able to fly nuts out of Toowoomba direct to markets in Asia. This gives Stahmann Farms another option to meet their customers’ needs.

The factory packages up nuts to customers’ specifications and drops them to the airport where they are flown out to Asian customers the following day. (In fact, Stahmann Farm nuts were on the first freight flight out of the airport in November 2015.) 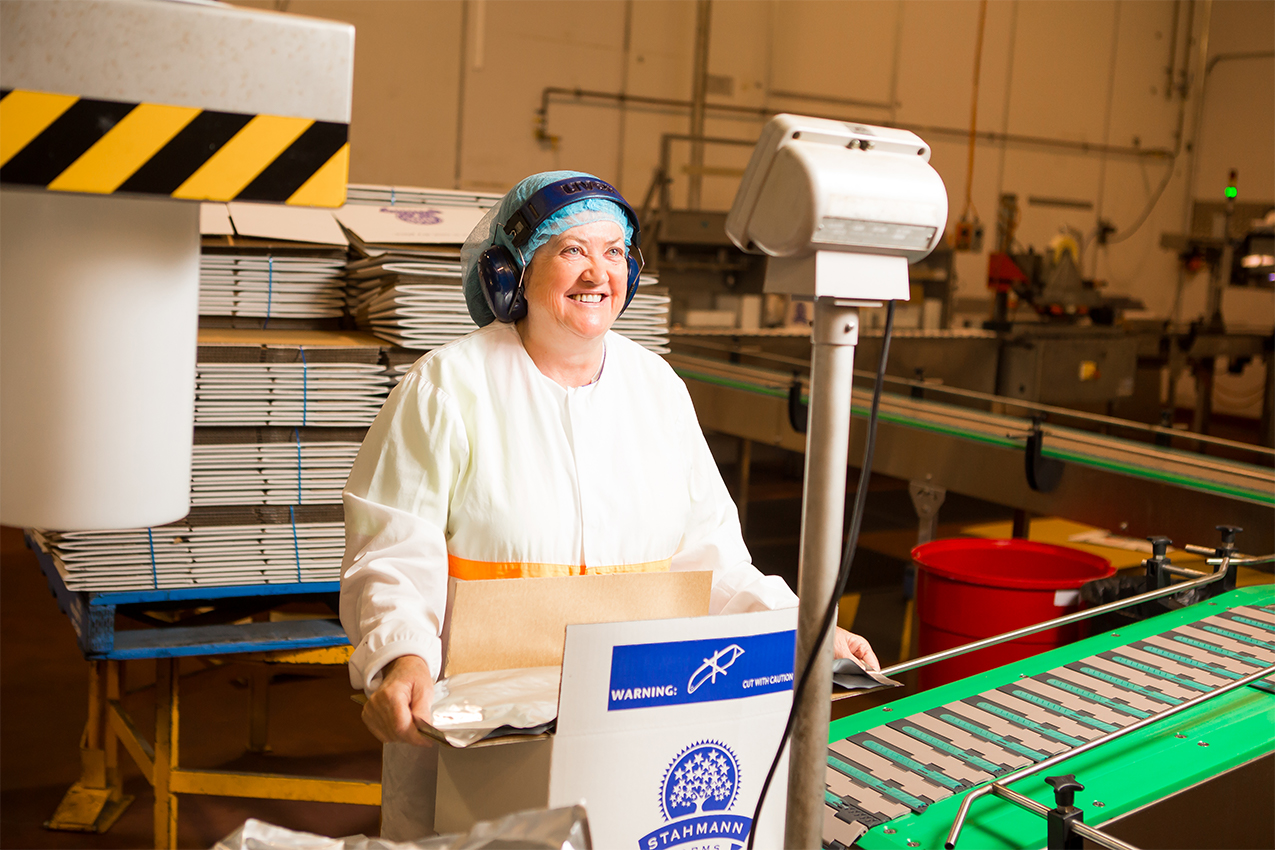 “We have specialised retailers and bulk customers in China and in Hong Kong and they want quick delivery. That's where we use Wellcamp and that's been good,” says Mackinlay, who adds that it was too logistically difficult to fly nuts out of Brisbane.

“When we say that we can use airfreight that's always an interesting option for clients.”

Airfreight is only a small part of the nut producer’s business currently, but Mackinlay says he expects it to grow as more freight routes are added from the airport. 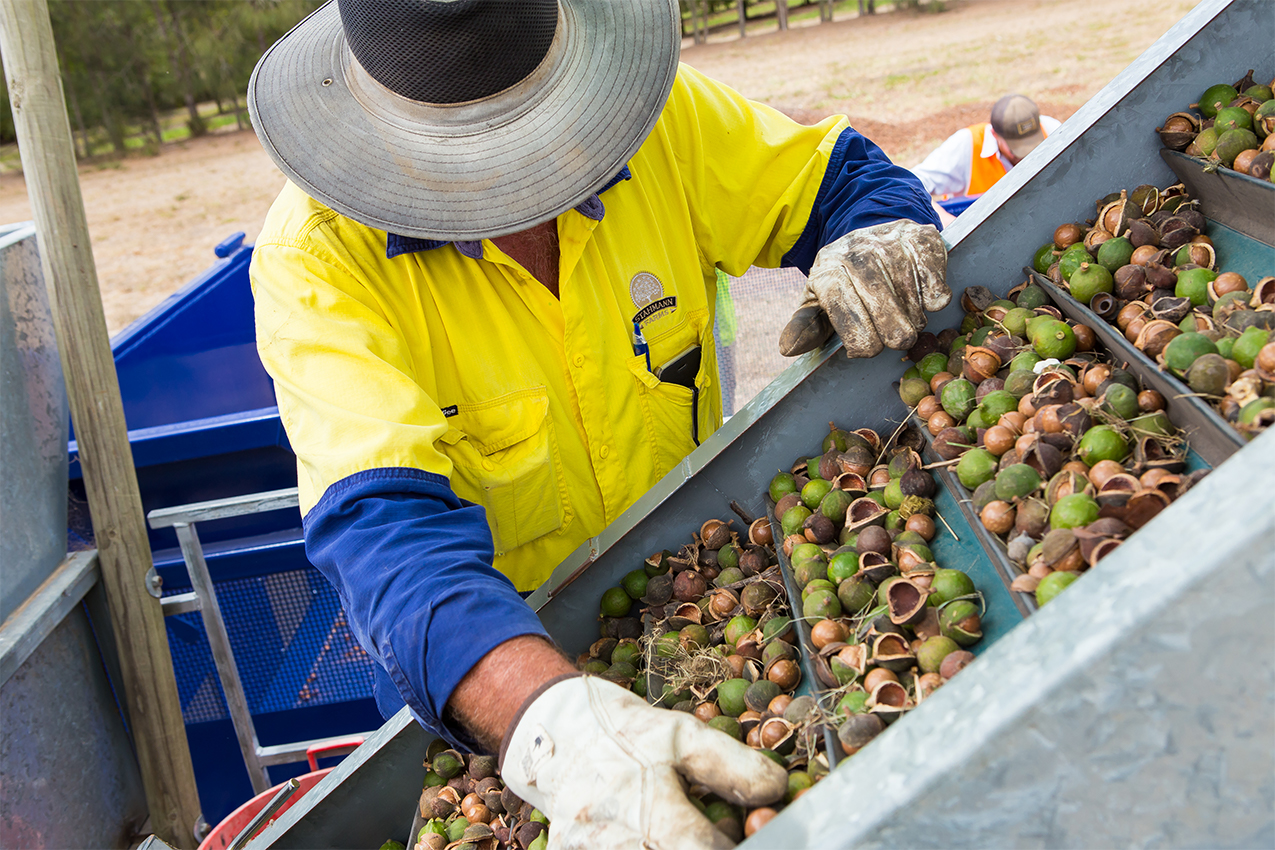 Developed by prominent local family the Wagners, the airport has offered scheduled passenger services since 2014 and offers direct flights to Melbourne, Townsville, Darwin, Western Queensland and Sydney, which also link with international routes for passengers wanting to travel further afield. It also offers domestic and international fright via Qantas and Cathay Pacific.

Mackinlay said Stahmann Farms is only beginning to make the most of the opportunities Wellcamp Airport has to offer.

“Once better cargo routes come on board, once other options for people to travel in regards to the carriers put in more routes, it's going to become a real jewel for Toowoomba,” he said.

“It’s only going to grow as more people become aware of it and the easy access. That's why we're glad to be involved in these early stages.”