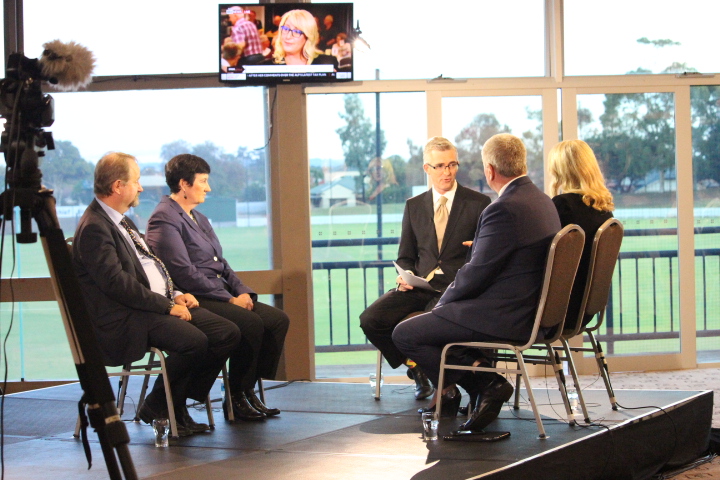 IT’S time for a wake-up call. Lately we’ve heard a lot from many Australian politicians interested in furthering their own careers or protecting their own jobs.

Meanwhile, other countries are getting on with business.

Our global competitors are doing everything they can to create jobs for their citizens. In many cases, most recently the US, that includes steadily reducing their company tax rates to attract more investment to their shores.

Back home, opportunities for everyday Australians are at risk of evaporating.

An old-fashioned “she’ll be right’’ attitude just doesn’t cut it any more.

Wishful thinking doesn’t attract investment, it doesn’t open export routes or convince an entrepreneur to take a risk by launching a new enterprise. It doesn’t create jobs or put extra dollars into pay packets, or reduce the cost of utilities soaring.

Sitting back and pretending it will all work out actually puts up the “closed-for-business’’ sign. It waves the white flag.

We need to think beyond a sepia-toned “lucky country’’ mindset.

No one wants future generations of Australians to wonder why we let opportunity pass us by. We don’t want our children or grandchildren to inherit a heavy burden of debt that will accumulate if we keep racking up the credit card instead of generating the revenue to pay off our bills. How will we explain to them that we stood by and allowed a nasty anti-business narrative to undermine our jobs and livelihoods?

It’s fashionable at the moment to beat up on business. But who are those critics really going after – and whose interests do they really have at heart?

The plain truth is that when someone attacks business, they are attacking the entities that employ 10 million of the 12 million working Australians.

They’re also attacking the millions of Australians with shares in Australian companies, and whose retirements depend on those businesses continuing to grow and prosper.

Australia can’t afford this sort of political point-scoring, not when our trade rivals are becoming increasingly competitive. We want all Aussies to reach their potential, to have well-paying jobs, and the ability to provide for and protect their families.

Business makes this possible. Businesses like BAE Systems Australia, the iconic Haigh’s Chocolates and the Bendigo and Adelaide Bank.

Business is the lifeblood of a thriving country, especially in regional towns. Without vibrant businesses and industries, where are the jobs and training opportunities? Without them, towns such as Port Augusta and Whyalla hollow out and community spirit withers.

We know that Australians are pragmatic problem-solvers who are sick of the bickering that dominates the political landscape. That’s why Sky News and the Business Council of Australia have come together to create a program especially for our regional communities, to focus attention on the people living outside the city centres of Sydney and Melbourne, and our national capital.

If “politics as usual” can’t tackle the challenges we face, our joint Strong Australia campaign will. The first lunch-time event is this Thursday at the Eagles Function Centre in Woodville South, Adelaide.

It will bring together the expertise of some of our most influential business leaders and the Australians we know make this country tick: employers, small business owners and community leaders.

Together, we want to tackle some of the most pressing public policy challenges facing regional Australia including energy costs, infrastructure, education, and attracting skilled workers. We’re also determined to recognise the vital contribution business makes locally to regional communities, from creating jobs to supporting a network of small business suppliers.

The regional roadshow will also underscore our country’s urgent need to just get on and get things done. Australia must muscle up and be courageous enough to move away from a model that defines every political decision in terms of a popularity contest.

We need to remind ourselves what is really unpopular: high unemployment, stagnating wages, and companies deciding to take jobs and their business offshore. We need to wake up if we are to deliver a strong Australia.

If we don’t get the big reform questions right now, in a decade we’ll have to explain why people still feel they are not getting ahead and we’ve missed out on new markets for Australian products and opportunities for workers.

Future generations, especially in the regions, won’t forgive any of us if we kick the can down the road.