This article first appeared in The Australian newspaper on Monday 8 March 2021.

“I remember being in Coles on January 5, 2020, with very little power, no dairy, no meat, no frozen foods and very little in the way of pasta or tinned vegetables,” a Batemans Bay resident told the Business Council of Australia last week.

It was the height of the devastating bushfires.

“We came straight from the evacuation centre covered in ash and were so grateful that John (Appleby) and a few staff members were there so we could get some food.” The woman posted her thanks on the site dedicated to the BCA’s Biggies award for civic contributions — a site that has seen high levels of engagement since public voting for the “people’s choice” award opened last week.

The Biggies finalists — four individuals and seven companies — are profiled on the Biggies website, with the public invited to vote for their favourites.

A panel of judges will decide the winners in the two categories — Big Heart (individuals) and Big Impact (companies), but the people’s choice category is an important element of the inaugural awards.

By the weekend, more than 2100 votes had been cast thanks to an active social media campaign to alert communities to their local heroes who went “above and beyond” during last year’s bushfires and COVID crises.

The man referred to above — John Appleby — is the Coles regional manager based at Batemans Bay. At the peak of the fires — with phone lines down, electricity cut and roads blocked — Coles was the only major supermarket operating in the south coast town.

It used gas generators to maintain power and the supermarket became a refuge for hundreds of locals who had evacuated their homes with only the clothes on their backs, as well as exhausted crews of volunteer firefighters and emergency responders.

“There was a line out the door while embers were falling from the sky. We knew we had to keep our doors open,” Mr Appleby told The Australian.

“We had 4500 customers that day and we made sure we engaged every single one.” 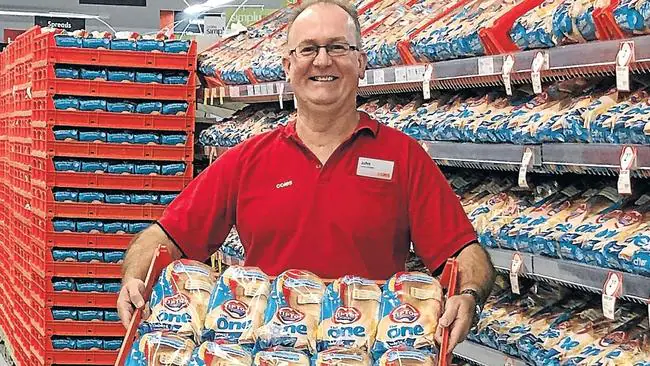 Mr Appleby also ensured meals and essentials were donated to emergency crews, nursing homes and evacuation centres and sent pallets of fruit and vegetables to nearby Mogo Zoo. He has been nominated in the Big Heart category.