This article first appeared in The Australian newspaper on Monday 22 March 2021. 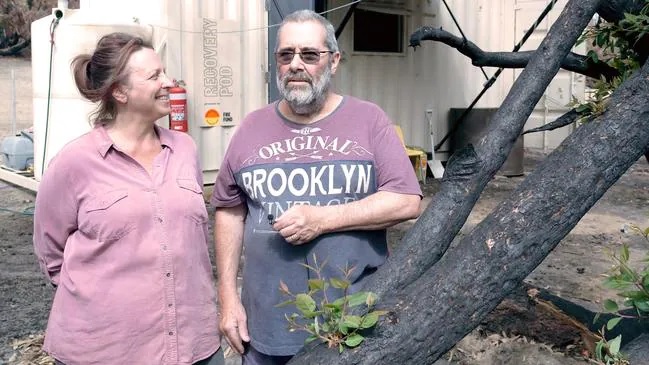 At the height of the black summer bushfires when much of Kangaroo Island was in flames, a handful of workers flew in with notepads and pencils in hand.

They weren’t firefighters, emergency services respondents or logistics experts, but a small group with access to a $70m fund established in the wake of the fires.

MF committed an initial $20m towards rebuilding communities ravaged by the fires and a further $50m to develop a blueprint for wildlife and disaster resilience.

In a town-hall meeting on the evening the planning squad arrived, the idea for a temporary housing pod was sketched in a notepad. Within a month, Australian Portable Camps in Monarto, South Australia, had begun production.

What started as a sketch soon became a reality. Families who would later find shelter in the pods described them as “life-changing”.

The NSW and South Australian governments, the Red Cross and Salvation Army partnered with the fire fund in a bid to get people, farmers and workers back to their communities and onto the land. 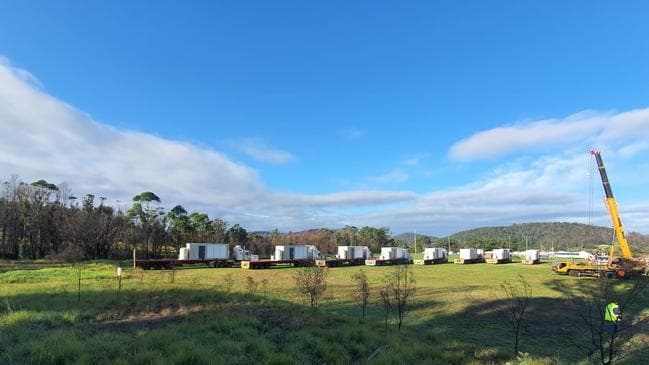 By August, 182 pods had been delivered to families in need, not just on Kangaroo Island but the Adelaide Hills, Mallacoota, Buchan and East Gippsland in Victoria and almost 40 locations in NSW.

Minderoo visited a total of 13 fire-affected communities to develop its response plan.

With manufacturers constructing one pod per day on average, 256 pods were delivered just over a month later.

That was enough to house several hundred families.

Each pod was self-contained, fitted with a 5KVA generator, 2300-litre water tank, toilet, shower, kitchen and bedding. In total, 1017 beds were fitted across the 256 pods.

For pod recipients Geoff and Margi Prideaux, temporary housing was a godsend at the most desperate of times.

“The pods arrived like giant presents being unwrapped. These were not vacuous gifts of torn jeans, worn out socks, and dirty T-shirts. These were opportunities,” they wrote in a testimonial.

“We discovered the sharp truth — in these life-defining moments there are few places to lean upon. Despair creeps in. 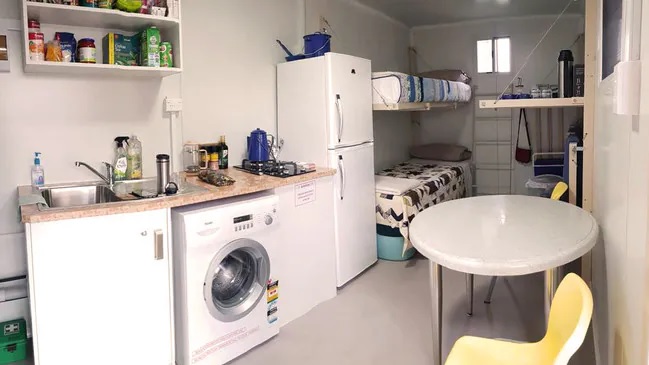 “It was into this emotional landscape that the Minderoo Foundation stepped, providing the dignity of shelter and safety, and the gift of remaining with our feet on our land and the time to breathe, look, and plan for the opportunities that might unfold.” The Prideauxs were grateful not only for the temporary homes but to those who helped to build them and their sense of community.

“The crews laughed and bantered.

“Their eyes mirrored courage, not despair.”

Other pod recipients, Patrick Willis and Kate Stanton, were also moved by the support.

“This pod is life-changing. A small deal to you but a massive deal to us,” said Mr Willis.

For Ms Stanton, it was nice to know someone cared.

“Just, yeah, amazing really that someone could care enough to do all that for us.

“Just brilliant,” she said. FMG chief executive Elizabeth Gaines said the housing pods had been a heart-warming initiative for her company. 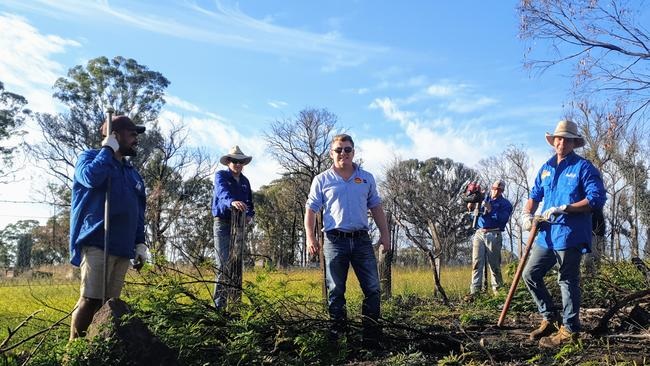 “It was heartbreaking to see the devastating impacts the bushfire crisis had on Australian people, communities and wildlife,” she said.

“I am proud of both Fortescue Metals and the Minderoo Foundation’s commitment and co-operation during such a difficult time.”

MF is also working on a second initiative, the Fire and Flood Resilience plan, which will serve as a blueprint to guard against future disasters.

It will encompass new artificial intelligence technology that rapidly detects fires and floods, management methods that protect the environment, water and land security, and resilience programs within communities including mental health initiatives. 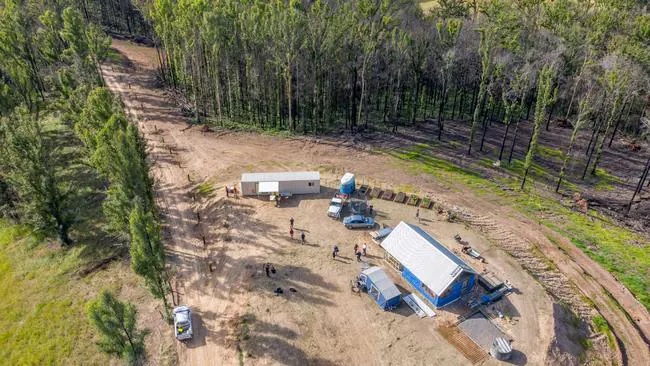 Minderoo and Fortescue are a finalist in a new award dedicated to businesses that went above and beyond in one of Australia’s toughest years.

The winners of the Biggies, launched this year by the Business Council of Australia, will be announced next April.