Nowhere does the adage of “build it and they will come’’ resonate  more than in the southern Queensland city of Toowoomba.

The garden city’s $100 million Wellcamp Airport, built by the Wagner family and opened in 2014, has served as a mecca for development in the region.

In September, as the Strong Australia roadshow travelled to Toowoomba for a lunch event and evening broadcast, Qantas named Toowoomba as the first of two regional locations for its new Pilot Academy.

Construction of the academy’s facilities at Wellcamp Airport are underway and the first pilots are expected to begin training there by mid next year.

The $35 million infrastructure investment will create more than 100 direct jobs and 300 indirect jobs in the local construction industry, as well as ongoing employment for up to 160 people in the academy.

The decision by Qantas underscores how business investment acts as a catalyst to create jobs across the entire community and ensure regional centres can keep thriving.

Ms Westacott said the airport had a flow-on effect to small businesses. “You can sense around town today – that optimism, that confidence from the Qantas announcement which is going to create further jobs, it's going to bring high technologies here,’’ she said.

Wellcamp Airport not only services passengers, but enables Australian produce to be exported directly to Asian markets, opening up the Toowoomba food bowl to the rest of the world.

“People come for jobs and the jobs come because the people come.’’

Much of Toowoomba’s success is due to vision and planning. As Ms Westacott said: “Instead of people competing, they were cooperating to get things done.’’ 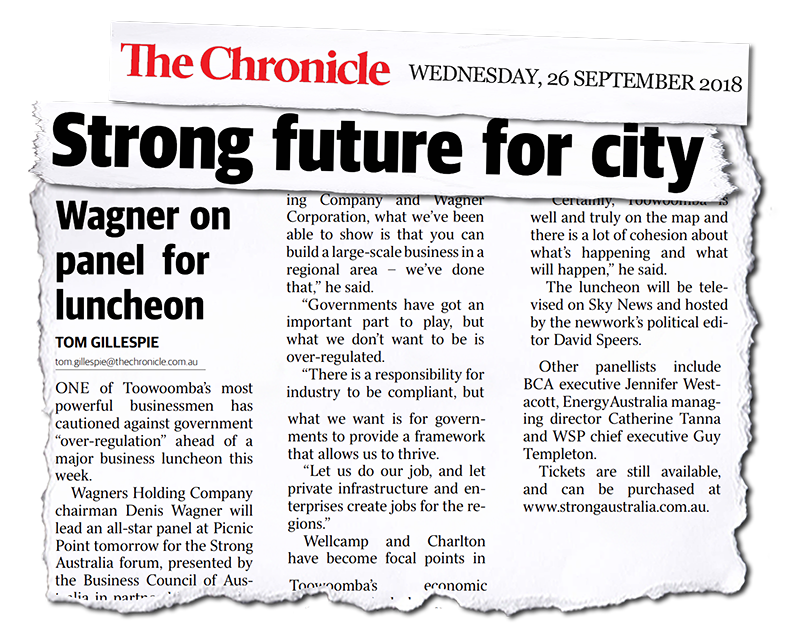 “What we would like to see is this regional development approach where you do have this hub and spoke model but you do prioritise places like Toowoomba, places like Busselton, places like Geelong, all across Australia.’’

Local business and community leaders in Toowoomba, west of Brisbane, also expressed their desire to attract more migrants and skilled workers to their community to live and work. Unlike the population debate in Sydney and Melbourne, regional centres want more people.

Mr Templeton said many of the workers were local, but Australia had benefited from bringing the right people in.

“But the tough thing is most people settle in Sydney and Melbourne,’’ he said. “You get regions like Toowoomba that would benefit from having a lot of those migrants as well, but how would they know to come?’’

Catherine Tanna, the managing director of EnergyAustralia, told the broadcast she was unashamedly biased on the migration debate because her grandparents had come from Lebanon and settled in Toowoomba. 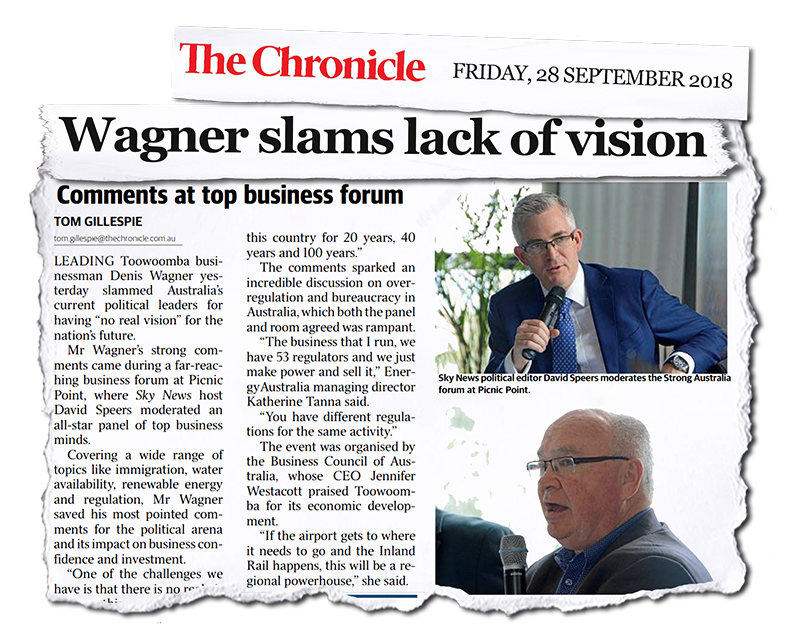 “They had eight children, they came with absolutely nothing. My grandmother walked the streets here in Toowoomba, looking for work, cleaning and ironing for people,’’ Ms Tanna said.

“They built an amazing family and a wonderful family-owned business here.’’

But Ms Tanna said she despaired at the way the debate on migration was characterised.

“The conversation is portrayed as if coming to a beautiful region like this is somehow a hardship posting; as if we have to penalise people, or somehow force them to stay here – where there's almost a chicken and egg challenge.’’

“People come for jobs and the jobs come because the people come,’’ Ms Tanna said, adding planning was needed, as well as explaining the benefits and attractiveness of the regions.

For skilled migrants, she said, “we just have to define what skills we need and then encourage as much immediate migration into the regions and people will fall in love with the regions’’.

“I just think if people come to the regions and they see all of the things … as well as the fantastic schools, the standard of education is really high, there's great health care, this is not a hardship posting.’’