About 40 per cent of residents in Sydney’s west are forced to drive 90 minutes each way for work, said former Business Council president Tony Shepherd.

It is this absence of local jobs, Mr Shepherd said, that is the biggest challenge facing one of the nation’s fastest growing regions.

“It’s a waste economically. It's a waste environmentally, but worst of all it seriously impacts on the quality of life of the family and the individual,’’ said Mr Shepherd, the chairman of Macquarie Specialised Asset Management Limited and chairman of the Greater Western Sydney Giants. 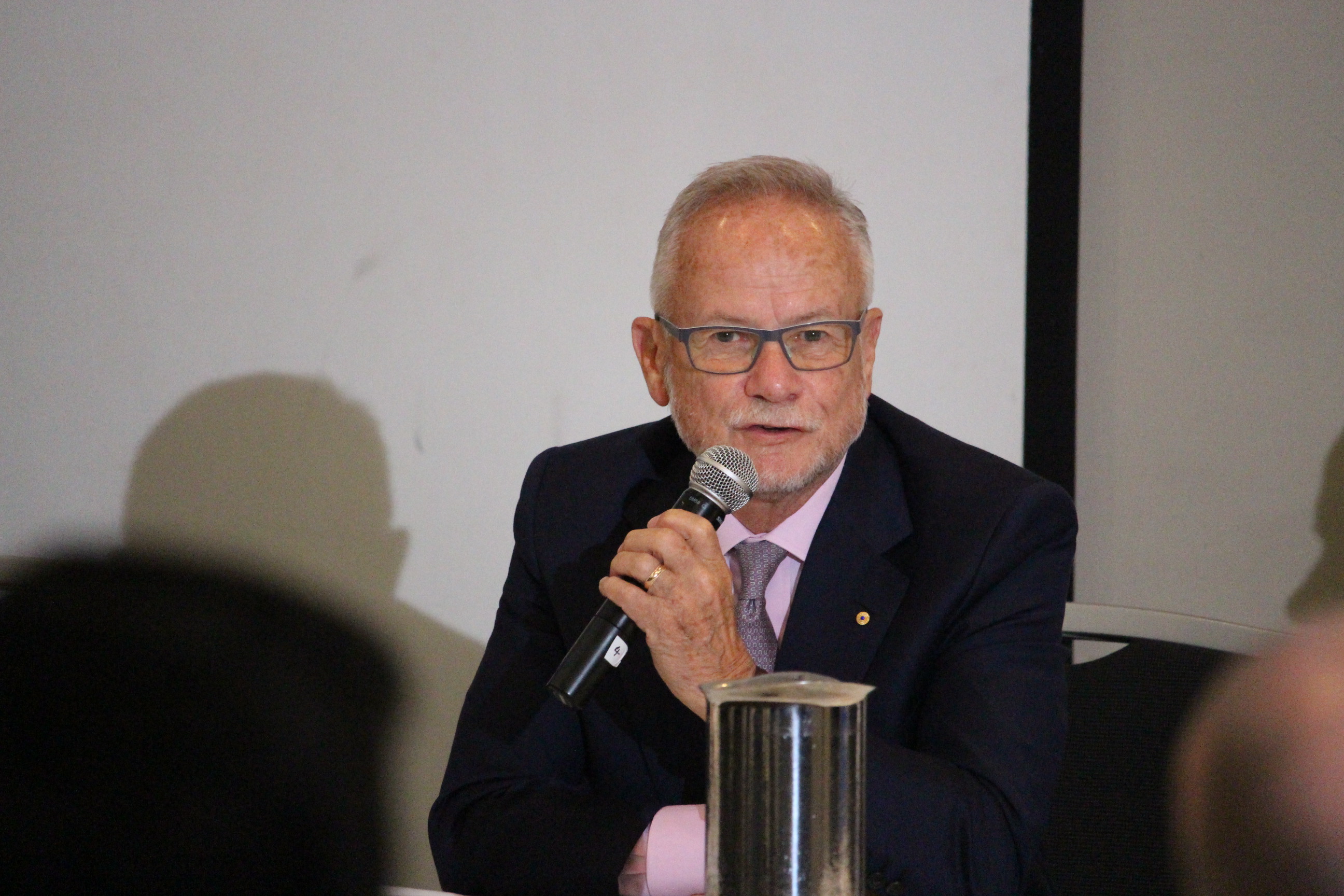 Mr Shepherd told the Strong Australia community forum in Penrith in May 2018 that he was an enthusiastic supporter of the new Western Sydney Airport at Badgerys Creek because it was already acting as the catalyst for job creation in Sydney’s west.

Wayne Willmington, president of the Penrith Valley Chamber of Commerce, told the forum he was initially against the airport. But when the airport started being called the Western Sydney Airport – instead of Sydney’s second airport – he had a change of heart, along with many locals.

“There was lots of misinformation out there but I think people realise now that it's going to happen and it's going to be great for Western Sydney,’’ he said.

Western Sydney Airport Corporation executive general manager, corporate affairs, Maryanne Graham outlined the benefits of the airport and the knock-on impact it would have for the region.

“We'll be able to fly in and out of Asia, nine hours. We can come in at all hours of the day and night, and that has to open up quite significant opportunities for business here in Australia, and more specifically in Western Sydney’’.

The airport alone will generate about 11,000 jobs during construction, around 27,000 jobs when it is fully operational, she said.

The so-called aerotropolis in the region would also be a game changer for Western Sydney, opening up a world of opportunities and the potential to locate high-tech industries around the precinct. 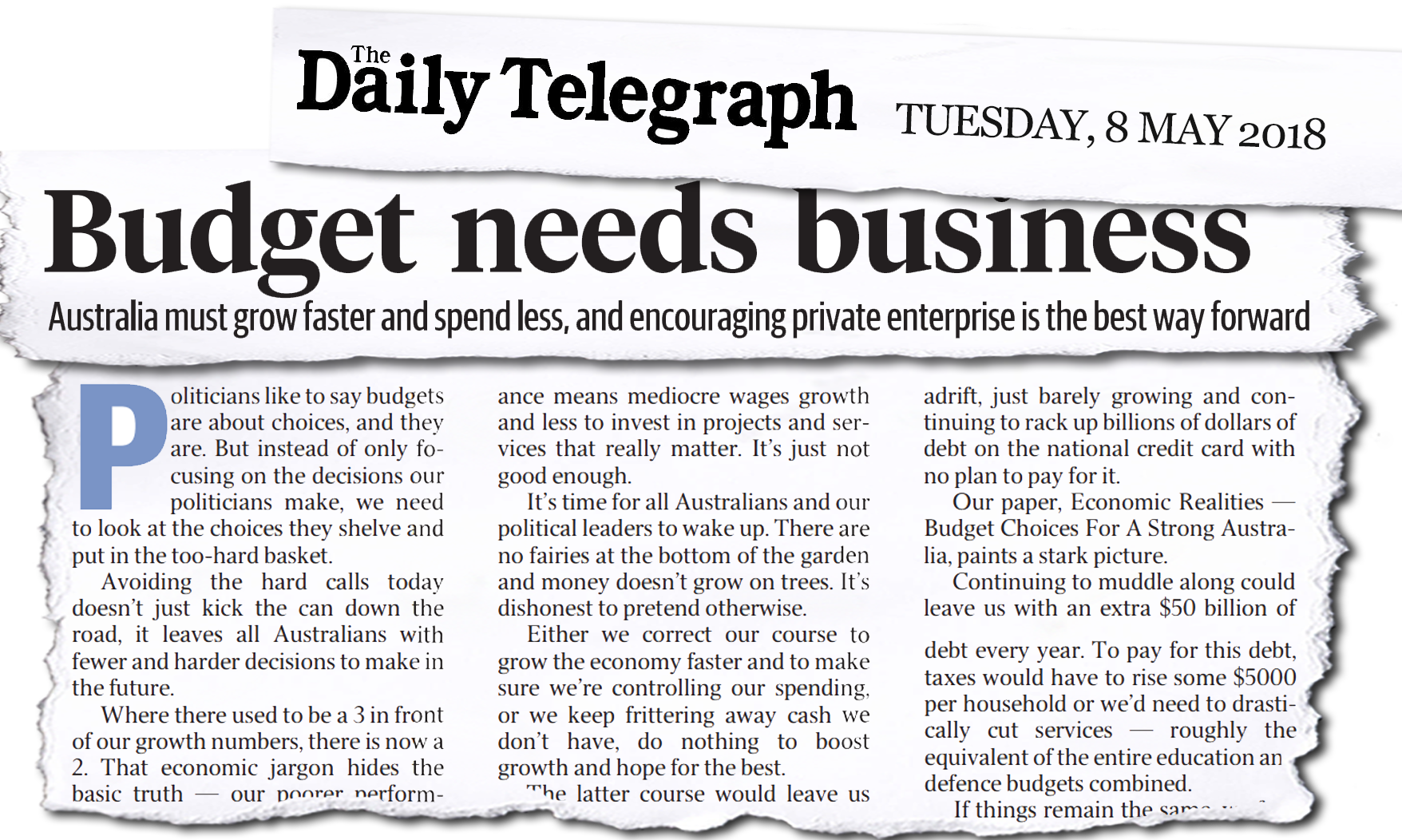 He said one in 10 Australians lived in Western Sydney and infrastructure was critical to improving living standards, but also boosting productivity.

“Productivity creates new jobs and further investment,’’ Mr King said. “The long-term picture for the western suburbs of Sydney is a growing city with better infrastructure, increasing productivity, and what you then get is a huge payoff.

“All of this starts to collect together and you get these supply chains emerging, these new ecosystems, business to business, and as is already the case, the western suburbs becomes one of the biggest job creating communities.’’ 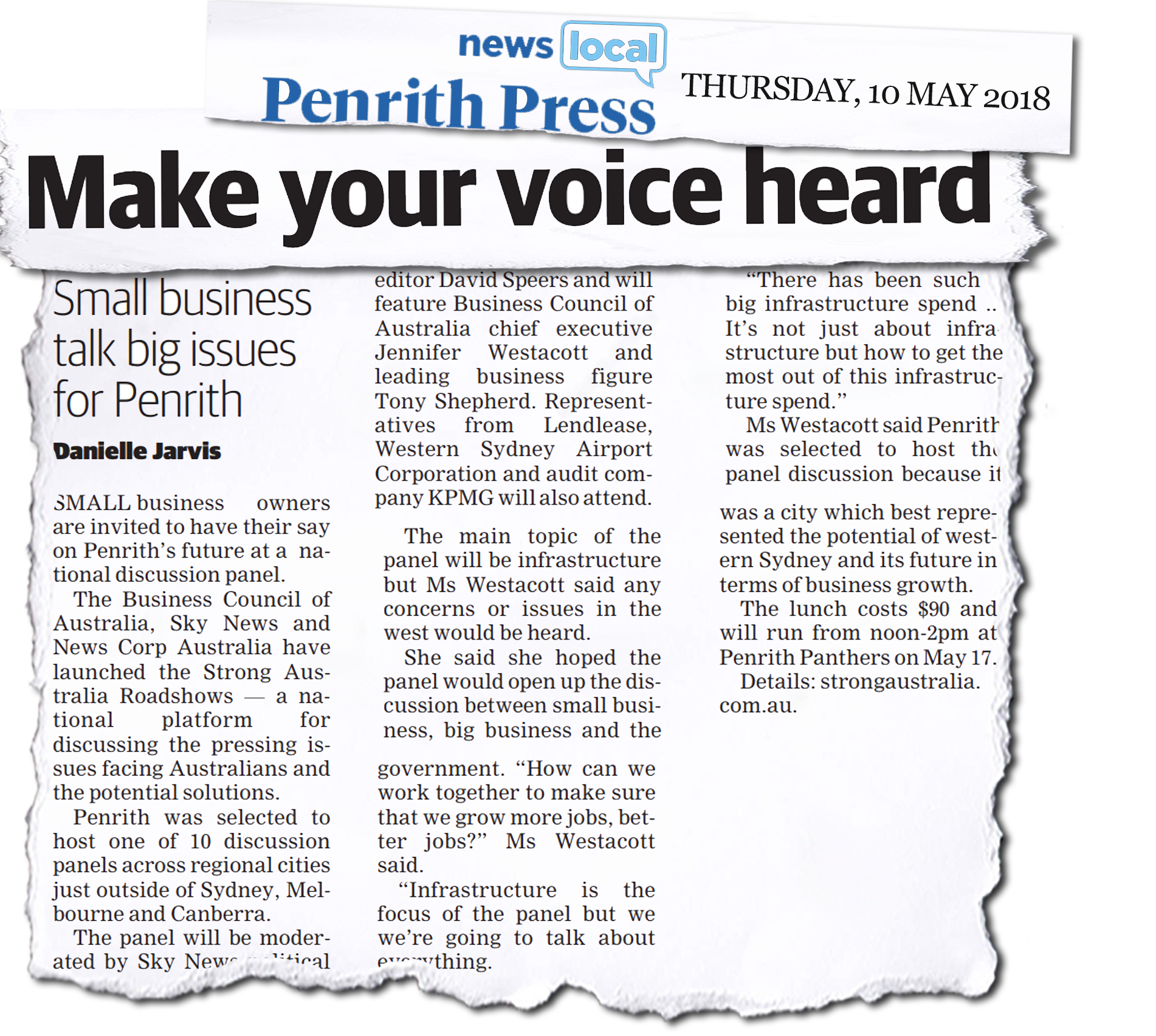 “The beautiful thing around the infrastructure market is that it can take in very skilled people, but it also has the ability to bring in entry level employment and really look after them and bring new people into our industry, which is a great thing because they then become employment-ready,’’ Mr Laslett said.

“They're then available ultimately to fuel what are the exciting things that are going to happen in Western Sydney.’’

“For an example, we've got 10 women in what we call our Women in Trades Program out at Northern Road at the moment.’’

He said this created the opportunity for these employees to gain a certificate in civil construction and expand their horizons.

“More than half of these women, unfortunately, had been long-term unemployed. Up to 200 applications and no jobs. So, this is bringing people into our industry, giving them skills, giving them the opportunity to really contribute,’’ he said.

“That's why we've opened our offices both in Penrith and Parramatta,’’ he said. “That gives us a great competitive advantage in being able to attract talented, highly educated people who can accelerate their careers and live close to home.’’ 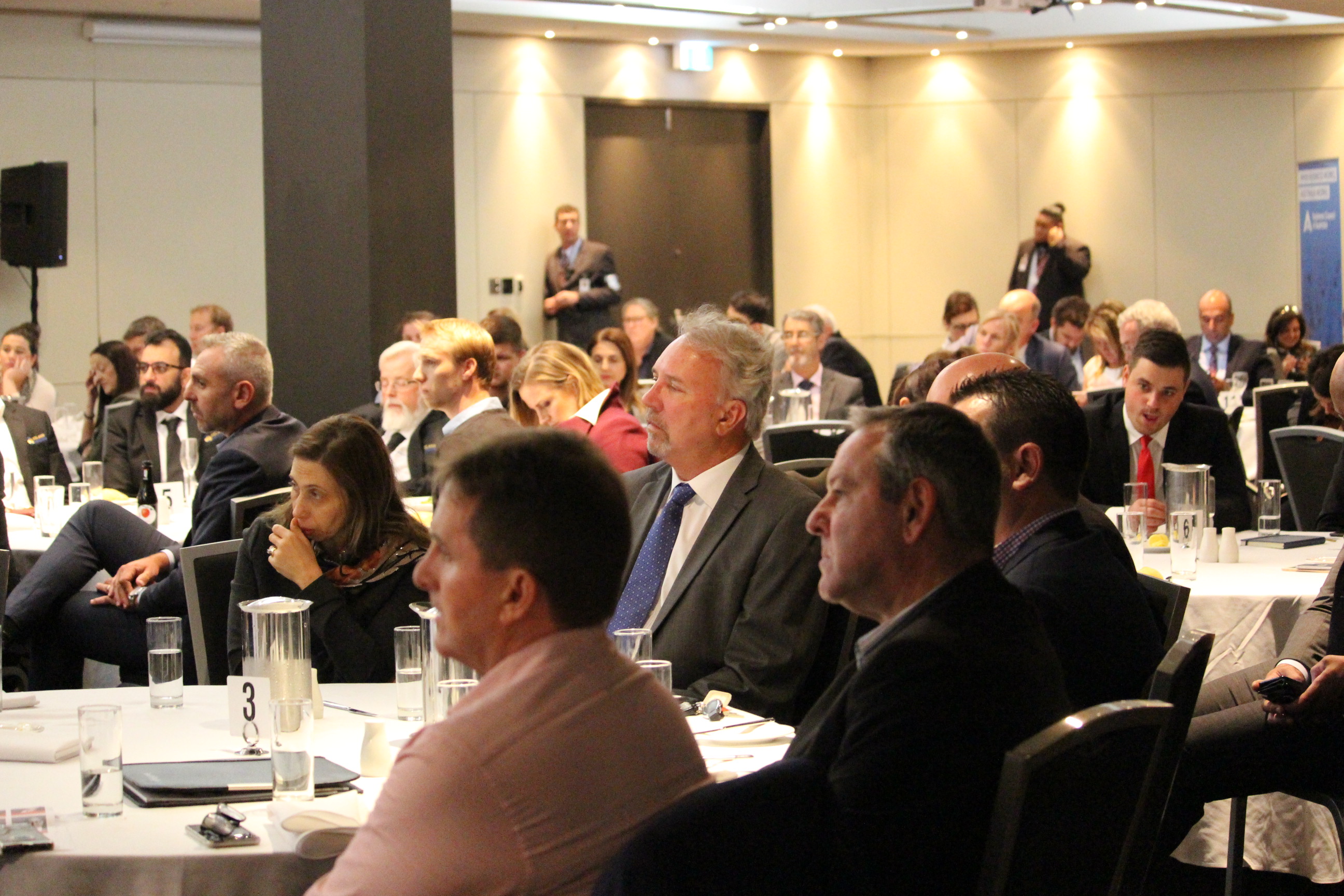